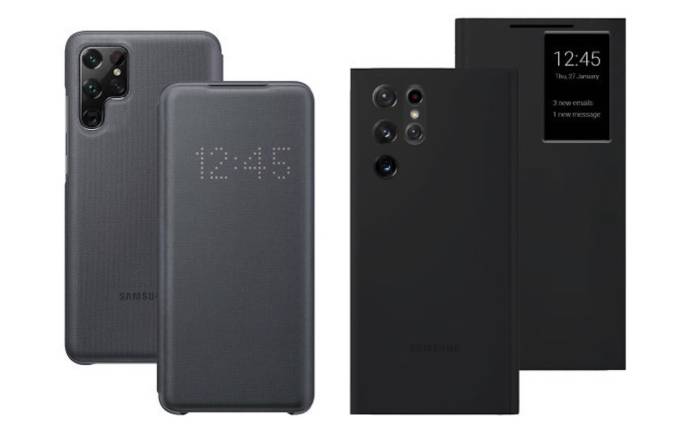 Samsung has set the next big Galaxy Unpacked. The tech event is happening on February 9 and will be livestreamed from Samsung’s YouTube channel. We have shared with you all details we know so far. We probably know everything there is to know about the Galaxy S22 trio. There will be the vanilla Galaxy S22, Galaxy S22+, and the Galaxy S22 Ultra. The last variant will be the ultimate model that will come with S Pen support. The launch date has been confirmed which means more information or images will surface until the official product announcement.

The latest we spotted were images of the protective covers for the Galaxy S22. The products were listed on MobileFun which means they are legit. The website is a usual source of phone cases. When a product appears on its site, it means an impending launch.

Listed on MobileFun are the following: Official Samsung Smart Clear View Black Case, Samsung Smart LED View Cover Grey Case, and a Silicone Cover Lavender Case for the Samsung Galaxy S22 Ultra. The first one is a black case with a smart clear view in front that lets you see important notifications. The phone is protected while keeping you up-to-date with alerts. It’s also available in Red or White for only £48.99.

The Smart LED View Cover Grey Case is more expensive at £58.99. It’s more ideal if you care about scratches and drops. There is also an intuitive LED display that shows alerts and notifications. Aside from Grey, there is also a Black version.

The Samsung Silicone Cover Lavender Case will be joined by other color versions: Red, Black, and Green. It’s a more stylish and simple option yet can still protective the Galaxy S22 phone. It’s only £24.99.