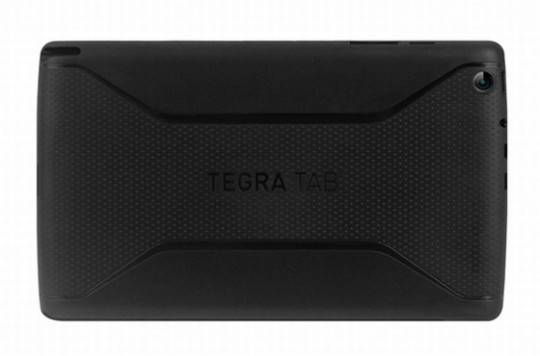 Late last week we learned that NVIDIA could be eying their next target. That being the tablet market with a new Tegra Tab 7 device in some trademark filings, which confirmed a 7-inch Tegra 4 quad-core powered Android tablet. Their first own branded NVIDIA SHIELD is already on the market, and now we’re seeing our first benchmark results for the new Tab.

We don’t know much at this point but it appears that NVIDIA will be entering the tablet market to take on Google’s Nexus 7, ASUS, Samsung, and all the rest. The Tegra Tab (possibly named TegraNote) leaked last week. Being listed as the Tegra Tab-premium here suggests they might have multiple versions, if this leak is indeed even legit.

The popular AnTuTu benchmark was reportedly ran on the new NVIDIA tablet, spreading those Tegra 4 quad-core wings and letting it fly in some benchmark testing. However, the results are average at best (for a Tegra 4) even though they beat the old quad-core powered, and the new Nexus 7 both. The reason we’re doubting this 27,000 score is because we’ve seen the Tegra 4 powered NVIDIA SHIELD do much, much better.

Above is the leaked result for the 7-inch 1280 x 720p Tegra Tab running a quad-core Tegra 4 at 1.8 GHz apparently scoring 27,643. However, our own NVIDIA SHIELD Review showed a far more impressive processor. Which has us doubting this leaks accuracy. The SHIELD with the same Tegra 4 (we’re assuming) came in at 39,000 in AnTuTu. The highest of any device we’ve tested to date. It has a smaller 5-inch display, but comes in with the same 720p resolution.

For now we’re not exactly sure what NVIDIA has planned, but with all their popular and quality THD TegraZone enhanced Android games a tablet specifically for those sure makes sense. More details on the Tegra Tab can be found from the original leak linked to below, and we have a feeling more details will be coming out quick.