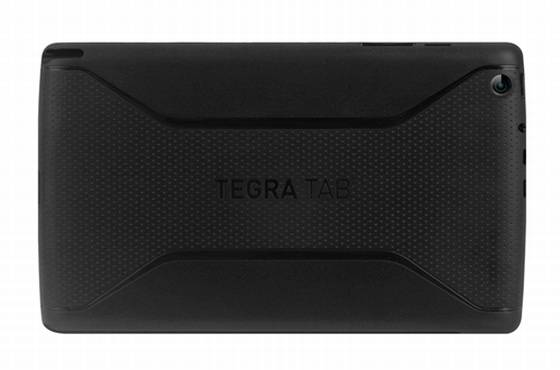 The NVIDIA SHIELD just recently became available it appears to be a hit. We had a good run with it and liked it and NVIDIA seems to be intent on wooing developers to build on and expand the device. So what’s next in NVIDIA’s plans to spread its brand further in the mobile world? Why, make its own tablet, of course!

NVIDIA’s quad-core Tegra 4 processor is a name that’s been thrown around a lot in specs lately. But it’s facing some very tough competition from Qualcomm whose Snapdragon chips are already being shipped in smartphones and tablets today. Qualcomm even managed to bag a spot on the new Nexus 7 which was previously occupied by NVIDIA. NVIDIA must work harder to take a larger bite out of the tablet market.

A USPTO filing seems to say that NVIDIA is indeed taking this tablet business very seriously. The name “TEGRA TAB” comes up, pointing to a possible NVIDIA-branded tablet coming soon. It is likely that NVIDIA will partner with some manufacturer who will actually produce the tablets, with rumors pointing to Chinese Homecare Technology as that likely partner. Leaked photos reveal a 7-inch tablet with a stylus, etched with the TEGRA TAB name on NVIDIA’s signature stippled pattern at the rear. 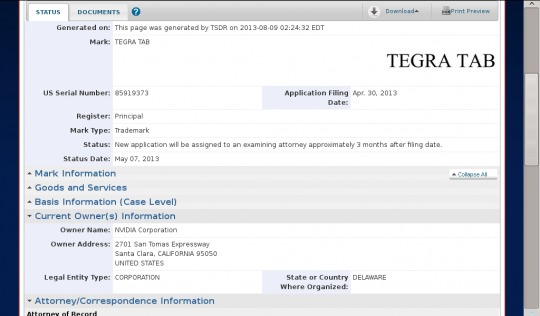 Whether this is really the Tegra Tab or if NVIDIA made the filing for other future partnerships, its too early to tell. It’s also unknown if this Tegra Tab will be limited to the Chinese market only. There are still too many questions to be asked. In the meantime, there are a number of tablets that have been released or will still be announced that will help the market decide if a Tegra Tab is something that will be worth waiting for.

SOURCE: USPTO
VIA: The Verge