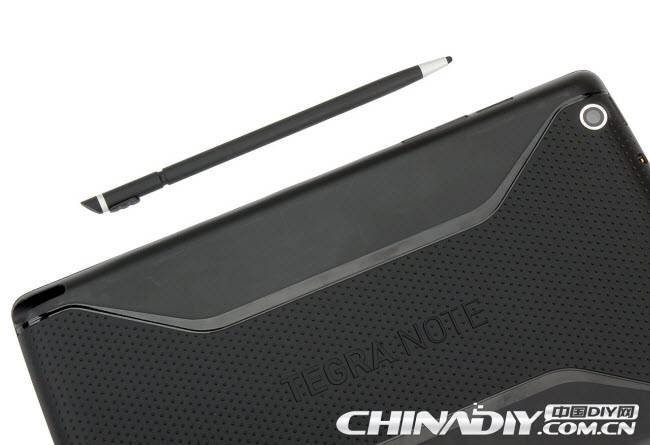 We’ve had a few good rounds with rumors of NVIDIA‘s self-made tablet, but it seems that it isn’t over yet, with leaked photos pointing to a stylus-bearing NVIDIA Tegra Note coming from China. The photos confirm some of specs we’ve gathered but adds some surprises as well.

Rumors of NVIDIA making their own tablet, just as they made the NVIDIA SHIELD handheld console, started last month with a trademark filing for the name “TEGRA TAB”. In the last weeks, we also got word on possible specs of the device, including a sighting in Taiwan’s NCC. This rumored Tegra Tab will be, as the name says, bearing NVIDIA’s powerful quad-core chip, the Tegra 4, running at 1.8 GHz.It is also purported to have 2 GB of RAM, a 7-inch 1280×768 HD display, and a 5 megapixel rear camera.

This new batch of photos reveal some new features, and some changes as well. Instead of the “TEGRA TAB” name on the rear, we see “TEGRA NOTE” written on the same stippled pattern. For the first time, we also get to see the front of the rumored tablet, which sports two front-facing speakers on the sides. Given the name change, we’re not surprised to see tablet sporting a stylus as well. It also seems like the tablet will have a book cover case accessory that can also act as a stand, pretty much like some of Samsung’s flip cover cases.

We’re not sure if the original Tegra Tab design has really changed or if we’re looking at a different device altogether. If NVIDIA is indeed working on such a device, one could hope that the company won’t limit it only to China as the rumors currently hold.