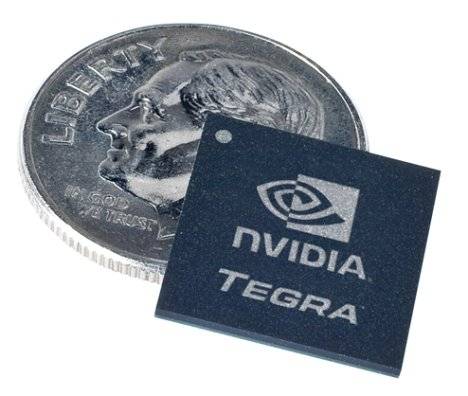 NVIDIA’s current flagship Tegra 3 quad-core processor is the current king of the hill, getting all the attention as of late. While we’ve been comparing it to other offerings from the competition a new slide has leaked today possibly showing off their new Tegra 4 coming later this year. The current Tegra 3 is still new, but they’ve already got the next big thing in the works.

NVIDIA’s CEO himself has said we can expect a new Tegra line every year, and that appears to be the case according to the leaked slide provided by VR-Zone. What you see below is possibly a roadmap showing what’s in store from the folks in green. With 2.0 GHz quad-core processors, LTE and more on the way.

With Tegra 3 still being in its infancy we should probably take this with a grain of salt, but the specs and timeline seems pretty accurate and highly possible. The current Tegra 3 is made up of four A9 processors and it only makes sense for the next iteration to be the A15, similar to the Qualcomm S4 and Samsung’s upcoming Exynos.

While NVIDIA’s plans for late 2012 and early 2013 is still a mystery and will not be official until they release the details themselves, this roadmap could be giving us an early look. Take notice this shows LTE versions coming pretty late in the game. We hope they have something sooner than that but you never know. We’ll let you be the judge.