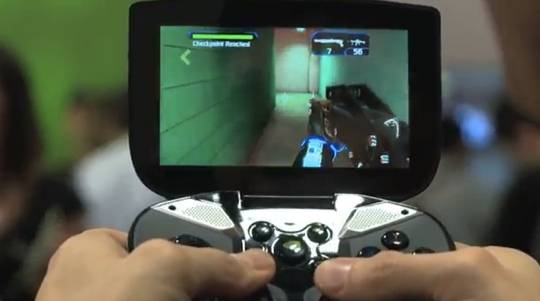 NVIDIA has returned with another Project SHIELD game demo. This latest is for The Conduit HD and it is a title that may sound familiar to some as we recently took a look at the Tegra 3 version of the game that launched for Android last week. Of course, while the game may sound familiar in name, this Project SHIELD release has been optimized for the Tegra 4 processor.

A little background on the game reveals The Conduit HD as being set in near-future America. You play in the role of Michael Adams who is a Secret Service agent in Washington DC. Adams is recruited into the shadow organization that is Trust and will go about his business fighting aliens and humans. The game has 14 unique enemies and a total of 18 different weapons.

You can check the above video for a brief walkthrough of the game as played on Project SHIELD. While the overall game has been enhanced for the Tegra 4 processor, some of the specifics mentioned include visual enhancements by High Voltage software. These are said to be everything from an enhanced polygon count to enhanced lighting. The game looks well enough, however given the recent release of the Tegra 3 version, a side by side of game play would have been good to see.

Otherwise, those looking for a bit more on The Conduit HD can check out our hands-on from last week which included both screenshots and a video walkthrough. The Conduit HD is currently available from the Google Play Store and is priced at $4.99. No specific mention as to when the Tegra 4 version will arrive, but as we have yet to learn when Project SHIELD will drop, that release of the game is not as important at the moment.