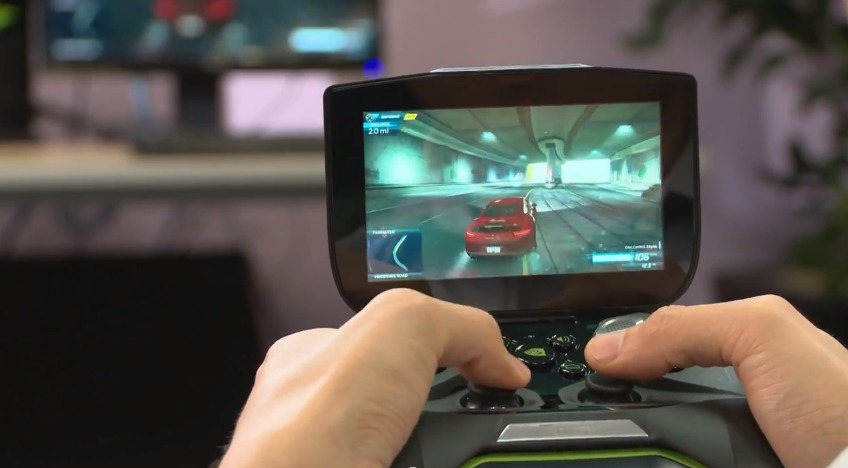 Just as we expected NVIDIA is back with another quick video this week teasing just how awesome their upcoming Android-powered portable gaming console truly is. In a new series every Monday and Thursday we’ll be bringing you the latest ideas and content from NVIDIA. Today they’re featuring Need for Speed: Most Wanted. Not the Android version either, the full graphic intensive PC title right on Project SHIELD.

Now a big part of Project SHIELD is being able to play essentially any game available all from the new portable console. You should already all know plenty about it, and don’t forget to enjoy our SHIELD Hands-on coverage. Last week and during the announcement they focused on Steam integration for PC games, but today they are showing off other ways to game.

In this week’s Monday episode they show we can also play PC titles from EA and others that aren’t on Steam, all using NVIDIA’s SHIELD app that will be available from the Google Play Store. You’ll have to have a GTX-enabled graphics card in a nearby PC to enjoy it this way, but then you also can play with the maximum graphics ever imagined all simply on a portable Tegra 4 powered Android device.

Now there’s an old joke in the PC gaming world that goes a bit like this: Can it play Crysis? And that’s basically because the original Crysis put nearly all PC’s to their knee’s it was so impressive. Now I can happily answer all those trolls that say, “Well, can it play Crysis?” and I’ll show them doing just that from a portable device no less. Awesome right!

NVIDIA calls it an “uncompromised gaming experience in a truly portable device.” and if you weren’t sold yet, you should be soon. The point NVIDIA is making here is that you can play the hundreds of thousands of Android titles, and virtually any PC game imaginable as long as you have an NVIDIA powered graphics card and their GeForce Experience software. We’ll update when we learn more and stay tuned for the Android Thursdays video when they show something more directly related to us. For now check out the Tegra Hub for more NVIDIA Android news.