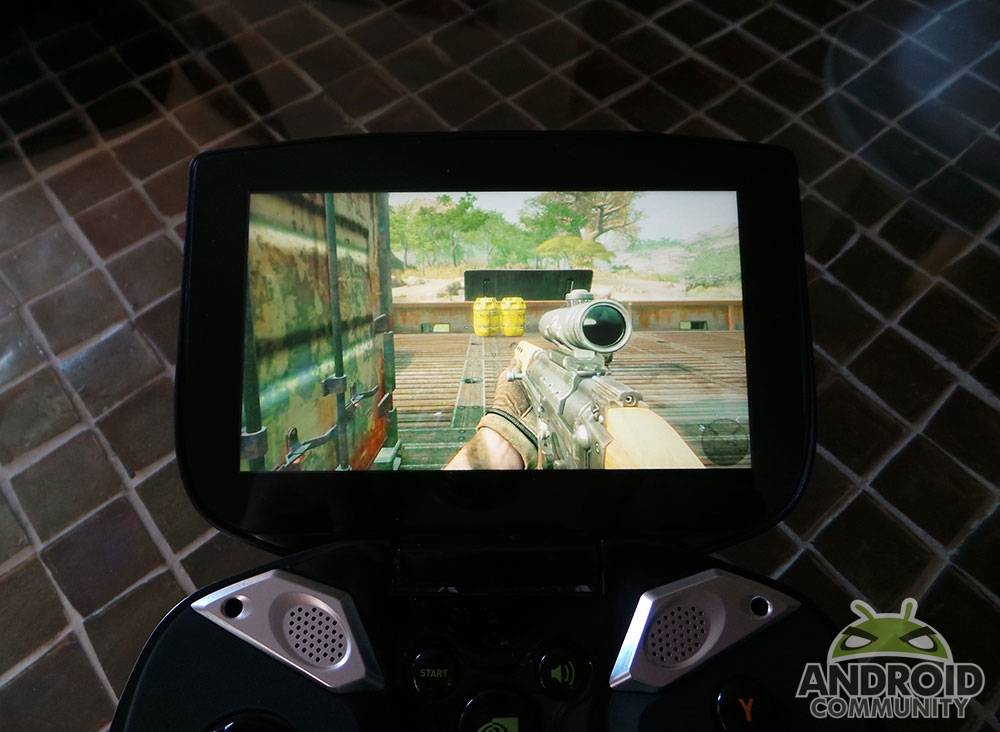 NVIDIA had a few big announcements here at CES 2013. Those included the Tegra 4 processor, which was demonstrated with a round of Dead Trigger 2 as well as the GRID and SHIELD. And while these will all very in importance, we think the SHIELD is a pretty interesting device. At the basic level, the NVIDIA SHIELD is an Android game console, but there is a bit more to it. We’ve mentioned it plenty already but here’s an additional look.

In fact, you can also use it to play PC games. During our hands-on time with the SHIELD, we saw it playing Call of Duty: Black Ops II streamed from a GeForce-equipped PC. Basically, just connect over Wi-Fi and begin playing. The streaming game play was solid. The connecting process however, was not quite as good just yet. Nonetheless, we expect that be improved before a final release. Otherwise, the SHIELD is a stock Android device running Jelly Bean with a 720p display and of course, the console-like controller. And given this is stock Android, you also have the Android desktop experience which means you can take a break from gaming and check your email.

In addition to the 720p display (which is 5-inches), the SHIELD also has 32GB of internal storage along with a microSD card slot, HDMI, USB, Bluetooth and a 3.5mm headphone jack. For those looking for a bit of personalization, NVIDIA will have what they are referring to as “tags” which will allow for some customization. And if nothing else, these “tags” will probably make it easier to avoid taking your friends console home thinking it was yours.

A few other points worth mentioning, NVIDIA mention that the hard plastic surrounding the front, left and right of the controller will most likely be replaced by something softer before an official release. That brings us to the next point — the release. Nothing firm just yet, so far we are expecting the SHIELD to arrive for sale in Q2 2013. Otherwise, check out the hands-on video here in the post but make sure you keep your mouse near the volume control because a demo of the sound quality will have things cranking at around the 1:38 mark. But rest assured, while capable of putting out loud audio — it is quality sounding audio.

During actual usage the entire device feels rather comfortable while gaming. NVIDIA went for a pretty common design with the layout so you’ll be right at home. The build quality is impressive, even if it’s all lightweight plastic. It’s light enough that you won’t get tired while gaming, but not too light as to where it feels cheap. We have plenty more pictures and video of this epic new device so stay tuned.