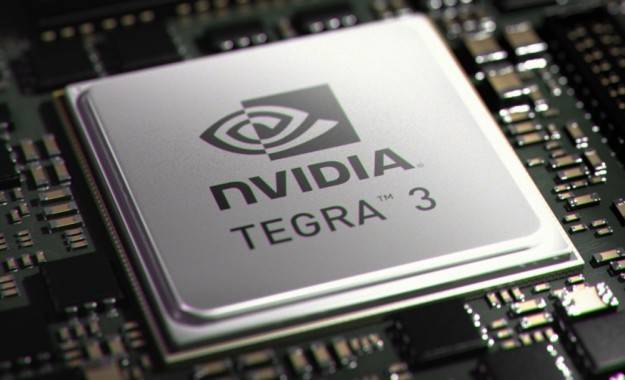 Just like many other companies as of late NVIDIA is holding their earnings call. Sharing all the details regarding total sales, profit, and revenue for their products and offerings. Obviously with Tegra 2 dual-core tablets being hugely popular last year, and Tegra 3 about to take off we figured we’d share some of the details.

While they are reporting all their financial information CEO Jen-Hsun Huang shared some details regarding the NVIDIA Tegra 3 quad-core processor that quickly got our attention. Previous reports from NVIDIA have claimed we could be seeing Tegra 3 quad-core phones soon and even at MWC, but today’s comments seal the deal.

Announcing that not only will we see their phones debut at Mobile World Congress, but that they will launch this quarter — not next. We have a feeling that means some of the recently leaked and suspected phones like the HTC One X (HTC Edge) and the LG X3 quad-core phones could be released very soon — possibly as early March after MWC ends.

While $4 billion of sales and $581 million in profit sounds great most of that actually wasn’t from mobile. Jen-Hsun Huang reported that with over 4$ billion in sales only around $360 million came from the Tegra 2 and 3 processors and mobile division. While that is a large number, it’s only a small part of NVIDIA as a whole although they expact “vast growth this year” with the Tegra 3.

Another interesting note from the call is the talks of their acquisition of Icera. We’ve mentioned this before (linked below) but Icera is the smallest integrated 3G/4G modem for mobile devices and NVIDIA will be integrating their LTE chipset into their quad-core processors for what we’ve been hearing is codenamed project Grey. With Qualcomm offering a full SoC (system on chip) for manufacturers NVIDIA is aiming to offer the same thing later this year with Project Grey and the Icera Acquisition.

As soon as we hear more regarding their integrated chipsets we will be sure to update with all the important details.

[via The Verge : via NVIDIA]