One of the more frustrating trends in the world of high-end Android phones as of late has been the somewhat slow adoption of quad-core processors like NVIDIA’s Tegra 3 on speedy LTE networks. Up to now we’ve seen major phones like the HTC One X “settle” for a dual-core design when debuting on LTE carriers, simply because the standards for the combination of SoC and radio weren’t ready yet. Today NVIDIA has announced that its Icera radio module has been certified for use with AT&T’s LTE bands.

For a quick refresher, NVIDIA acquired the small Icera company with the specific intention of creating radios for its Tegra line of chipsets. The first device to use both an NVIDIA processor and an Icera radio is the ZTE Mimosa X (below), shown off at MWC in February but still not launched. That particular device uses the older dual-core Tegra 2 and the HSPA+ wireless standard, but NVIDIA assures us that today’s announcement covers both the newer Tegra 3 and AT&T’s LTE network. 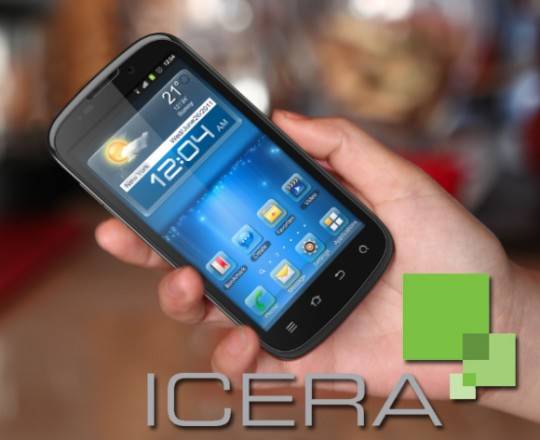 The news means that devices packing the Tegra 3 can finally be paired with LTE, so long as they’re using NVIDIA’s Icera 410 radio and baseband software. There’s a bit of a snag in the announcement, though: “The NVIDIA Icera 410 LTE modem delivers lightning-fast web browsing, video streaming and multiplayer gaming to tablets and clamshell devices.” Conventional slate smartphones are notably absent in the language, and we haven’t heard of any “clamshell” devices that use the Tegra 3 (though Sony’s Tablet P uses the Tegra 2). The Icera 410 is capable of working with LTE-GSM networks around the world, with a maximum download speed of 50mbps.

Device makers aren’t limited to NVIDIA for processors; it’s possible that they could combine an Icera radio module with another SoC, the same way that current Tegra phones and tablets use Qualcomm radios. Currently there’s no indication of when the first “tablet or clamshell” with the Icera 410 will hit AT&T, but the timing will depend upon which manufacturers are already using NVIDIA’s samples.