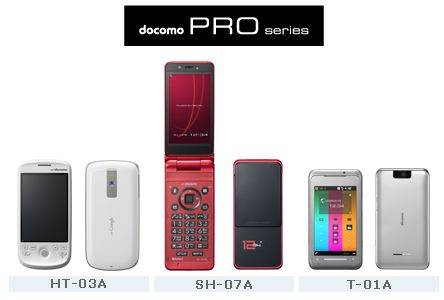 NTT DoCoMo have confirmed that they will be offering the HTC Magic as their first Android smartphone.  Launching as part of the docomo PRO series as the HT-03A, the handset will offer the same 3.2-megapixel camera as the version currently on sale in Europe.

The carrier was tipped to be adopting the Magic earlier this month, though at the time it was unclear whether HTC had crafted them a version specially intended to work on Japan’s advanced 3G networks.  Instead, it looks as though this is the same 3G GSM handset available already; that said, it lacks many of the high-end features Japanese users can choose from [PDF link] in their cellphones, such as 1-Seg TV broadcasts, mobile credit card payments and the NTT DoCoMo personalized services.

The NTT DoCoMo HT-03A will go on sale in japan sometime during June or July 2009.  No word on pricing as yet.