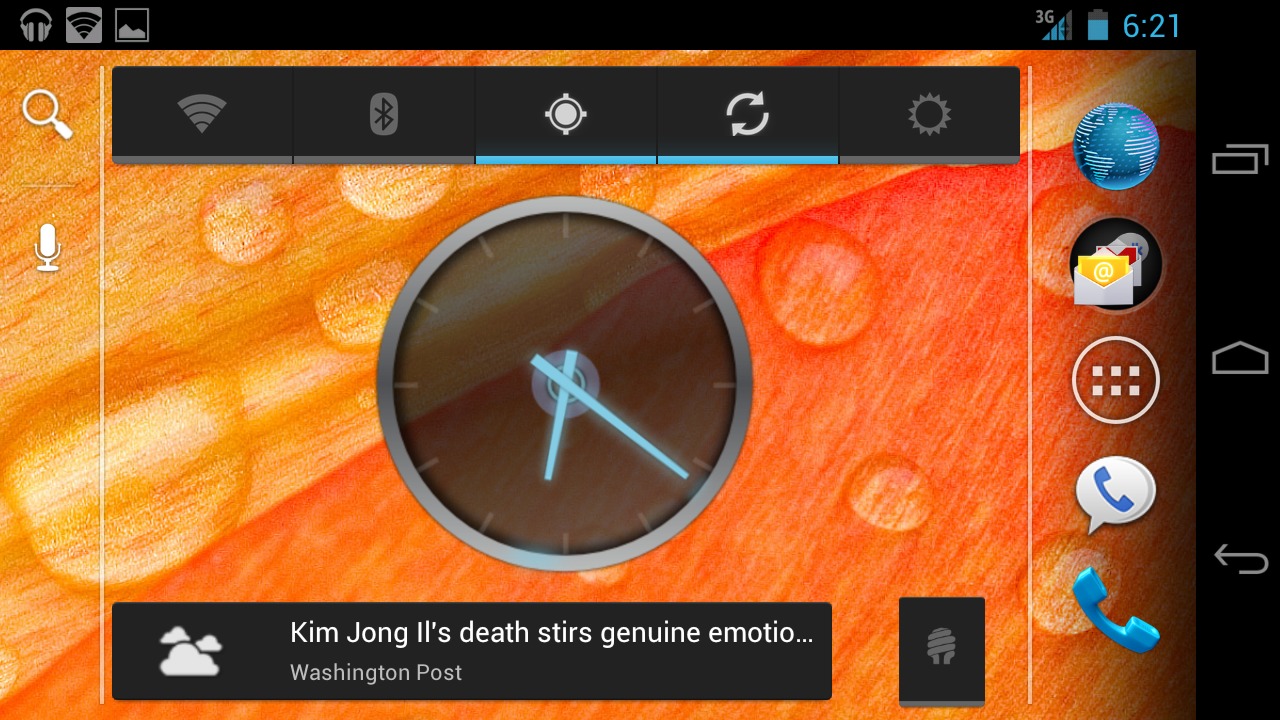 No doubt about it, the fancy new launcher is one of the highlights of Ice Cream Sandwich’s revised user interface. The default launcher has plenty of new animations, a revised app drawer that combines with a widget placement engine, and automatic folders that make grouping your apps easier than ever. But it’s still extremely light on customization, just like all the stock launchers beforehand. Enter Nova Launcher, a quickly-created customization of the launcher found in Ice Cream Sandwich’s open source code.

Nova Launcher looks almost exactly like the Galaxy Nexus stock launcher, but brings a host of options and settings to play around with. There’s the ever-popular landscape mode, a scrolling dock to allow more than just 5 pinned applications, and the ability to resize all widgets – not just the ones with the feature baked into ICS. I’m a big fan of the ability to remove labels from icons. Since ICS goes without a menu option on its native interface, the settings menu is moved to the app drawer.

You’ve got two options for installing Nova Launcher: download the APK file from this XDA-Developers thread, and install it like any non-Market application. Or root users can flash a ZIP file with ClockworkMod. The only difference is that root users will get the nifty widget menu as part of the app drawer. The app relies on various Ice Cream Sandwich APIs, so unfortunately there’s no way for Gingerbread users to join in on the fun. If you want to approximate ICS on an older phone, try the latest version of ADWLauncher EX.

The developer is already updating quickly, and a few of Nova Launcher’s early bugs have been squashed. You can now treat the formerly locked Google search bar as any other widget, for example. Try it out on your new Galaxy Nexus or an ICS ROM, and tell us what you think in the comments!