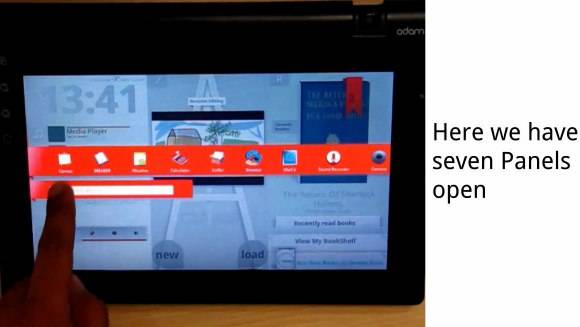 Notion Ink has released a new video demo of its Adam Android tablet, this time concentrating on the company’s homegrown UI, Eden. The footage shows how Eden’s multi-pane view can be browsed and rearranged, but also how Notion Ink’s multitasking system means that only the active panel on-screen is using system resources.

That means that, even if you can see the panel displayed, it’s not actually running and taking up cycles in the Tegra 2 chipset. More information on Adam in the video Notion Ink released over the weekend.