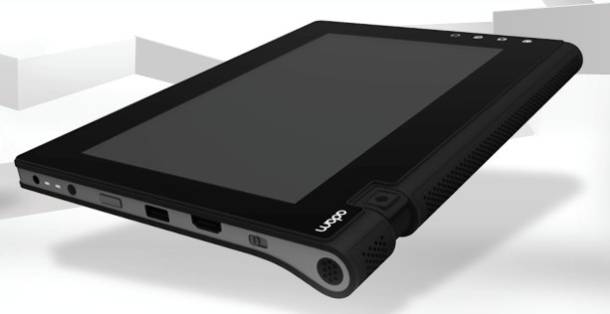 Remember that revolutionary Adam tablet that launched early this year? The one that ran a customized Gingerbread interface over a Pixel Qi display, and changed the way we used technology forever? The one that was almost universally panned after months of delays failed to deliver a satisfactory tablet experience? Well, that tablet just got a little better: an intrepid modder has loaded up an Ice Cream Sandwich ROM on the Notion Ink Adam, instantly making it about 200% more desirable.

The early build is of course unfinished, and it’s a long way from stable at this point. But given the ultra-geeky target market for the Adam, it shouldn’t be long before it’s more complete. Of course you’ll have to go without Notion Ink’s custom Eden interface. I’ll give you a moment to get the tears out. The Adam tablet uses a Tegra 1 SoC and a 1024 x 600 resolution screen, so while it isn’t ideal for Ice Cream Sandwich, it should run it well enough once all the kinks are out.

There’s still no word on an updated model of the Notion Ink device. We had heard that the company would be showing off the Adam 2 in December, but obviously that doesn’t seem overly likely at this point. The company had promised an update to Honeycomb by the summer, but that never happened either – it might have been promised before they realized that Google was keeping a tight lid on the open source code. What say you, readers, is an upgrade to Ice Cream Sandwich enough to rekindle you interest?