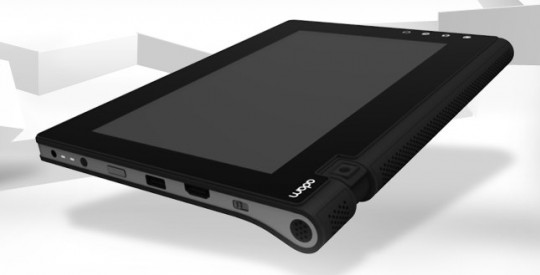 Well, it didn’t come in December of 2011 as they stated, but Notion Ink has now officially announced their Notion Ink Adam II. They’ve also let us know it will be running a Texas Instruments OMAP 4400 dual-core processor alongside Android 4.0 (Ice Cream Sandwich). It will also boast a PowerVR SGX500 GPU, to help with their new Modular Based Software Architecture.

This new software is a way users will be able to better interact with “every single hardware feature”. We still haven’t seen anything yet on availability, but hopefully they don’t rush things. If you owned the original Adam, you may have had some serious hardware problems – or even bricked your device from one of their updates.

But we all learn from our mistakes, and that’s probably why Notion Ink plans on doing less outsourcing this time around. It had a pretty cool user interface that was ahead of its time during the initial launch. If we see innovation paired with some decent build quality, then maybe the Adam II will have a chance in the incredibly competitive tablet market.