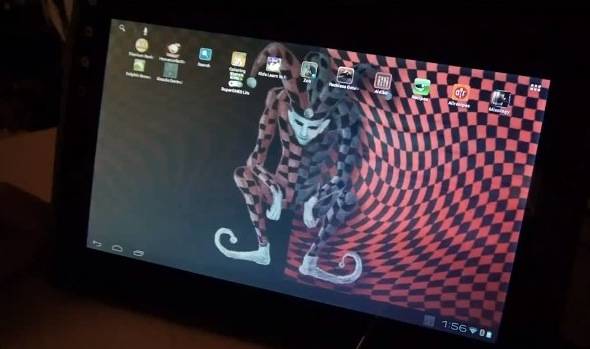 Notion Ink has released a new alpha ROM of Ice Cream Sandwich for its Adam tablets, building on its previous release in December and making Android 4.0.3 far more usable on the slate. The latest iteration now means WiFi and Bluetooth are supported, along with hardware acceleration and GPS.

The capacitive buttons are also working, together with the back buttons, and it’s now possible to mount an SD card. Audio is functional – though the HDMI output only delivers video, not sound, at present – and the various sensors (including the digital compass) work.

However a sleep bug remains, preventing the Adam tablet to come out of sleep mode unless a tweak is made to the WiFi settings, and the tablet’s rotating camera is also non-functional. USB isn’t working – either for mass-storage, flash drives or other purposes – and 3G won’t work either. The light sensor remains obstinate, and HQ-quality YouTube videos don’t access hardware acceleration.

Notion Ink has also decided to play a lower profile in the media, perhaps stung by negative feedback to the original Adam after its launch. The company promises a news update on the next-gen hardware next week.