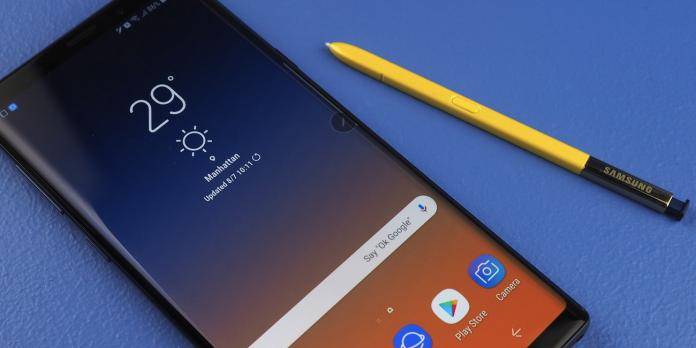 It’s not yet a Galaxy Note 7 level it’s-all-going-to-hell scenario for the newly released phablet from Samsung, but some of the early owners of the Galaxy Note 9 are already experiencing several issues. While the woman whose device caught on fire seems to be an isolated incident (for now), there are still several problems that the Korean OEM needs to address. The newest one is that the on-screen soft keys seem to be freezing up after a system update.

Several users have been complaining that the recent, home, and back buttons which are the on-screen soft keys of the device are not always that responsive and they would have to press them multiple times . The problem is random and sometimes can be solved by restarting, but it does surface up again. Since it’s a fairly new problem, people suspected that it was due to a recent update that Samsung rolled out.

A moderator on the Samsung forum where the complaints where posted confirmed that there was indeed an issue and they are aware of it and working on it. It seems like it was due to the Samsung Pay version 3.0 update that was released last week. The weird thing is that the users affected are the ones that do not have the mobile payment service set up on their device. Samsung said that they are working on a fix but they did suggest that you might as well install and use it and maybe the problem will go away.

It’s not really a very helpful suggestion, but at least we know they’re already working on a fix. However, it’s just one of many problems Note 9 users are facing. You have cameras lagging and speakers acting up. Even the Galaxy Watch is having faulty pedometer and heart rate sensor issues, which can actually be hazardous for people’s health. But nothing is more dangerous than a device catching on fire, which is what allegedly happened to this woman in New York.

It’s still not as catastrophic as the battery issues that forced Samsung to recall all the Galaxy Note 7, but Samsung needs to pay close attention that these issues do not escalate. Aside from it being a potential PR nightmare, it will also affect sales, which is something they desperately need to improve on now.