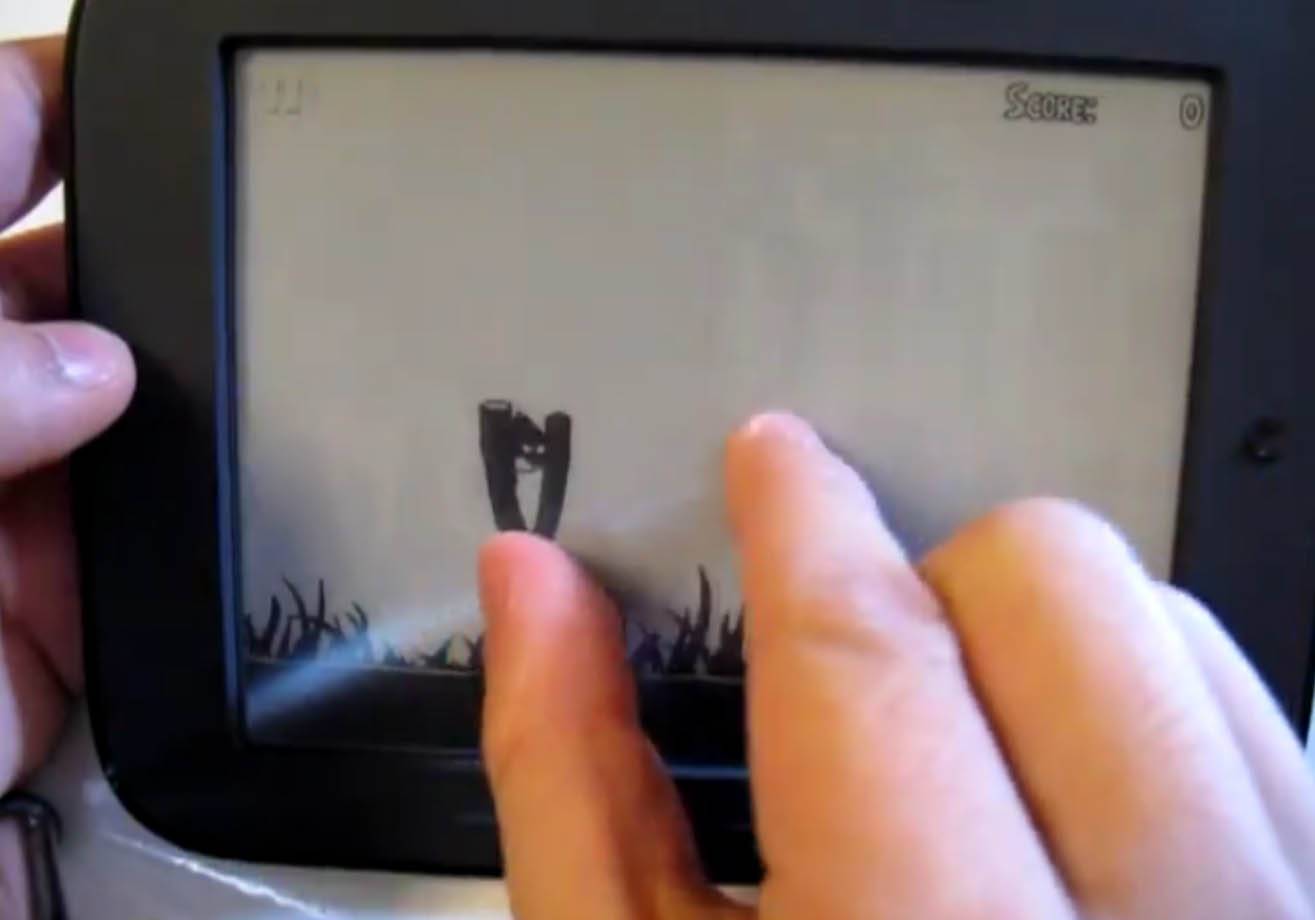 The Nook Color and Nook Tablet get the most attention out of Barnes & Noble’s e-reader line, at least from an Android modder standpoint, but many forget that all of the Nook devices run Android – and all have been thoroughly modded. Even the humble Nook Touch has been thoroughly rooted with custom apps and ROMs, though the e-ink reader’s hardware limitation prevents some of the more basic Android tasks from being completed. One of those can be disregarded now: XDA members wheiltijohnny and Mani100 have devised some custom code that enables multi-touch gestures for the diminutive e-ink reader.

The mod should be a simple one for anyone who’s already rooted their Nook Touch: just load their ZIP file into ClockWorkMod recovery, flash it, and you’re good to go. The results are impressive considering the hardware that they’re running on. Multi-touch gestures work just as you’d think they would in the web browser and games like Angry Birds (naturally). While the Nook Touch’s e-ink screen means that it can’t display animations as fast as normal LCD screens, and certainly not as fast as your fingers, three or four frames per second is more than enough for most tasks.

Black and white isn’t ideal for anything but reading (and possibly the more sedate versions of sudoku) but’s perfectly serviceable for most applications. The Nook Simple Touch, the latest version of the hardware, costs just $99 in the US. Not bad for a device class that cost $300 or more a few years ago, and a bargain for those who can modify it to their liking.