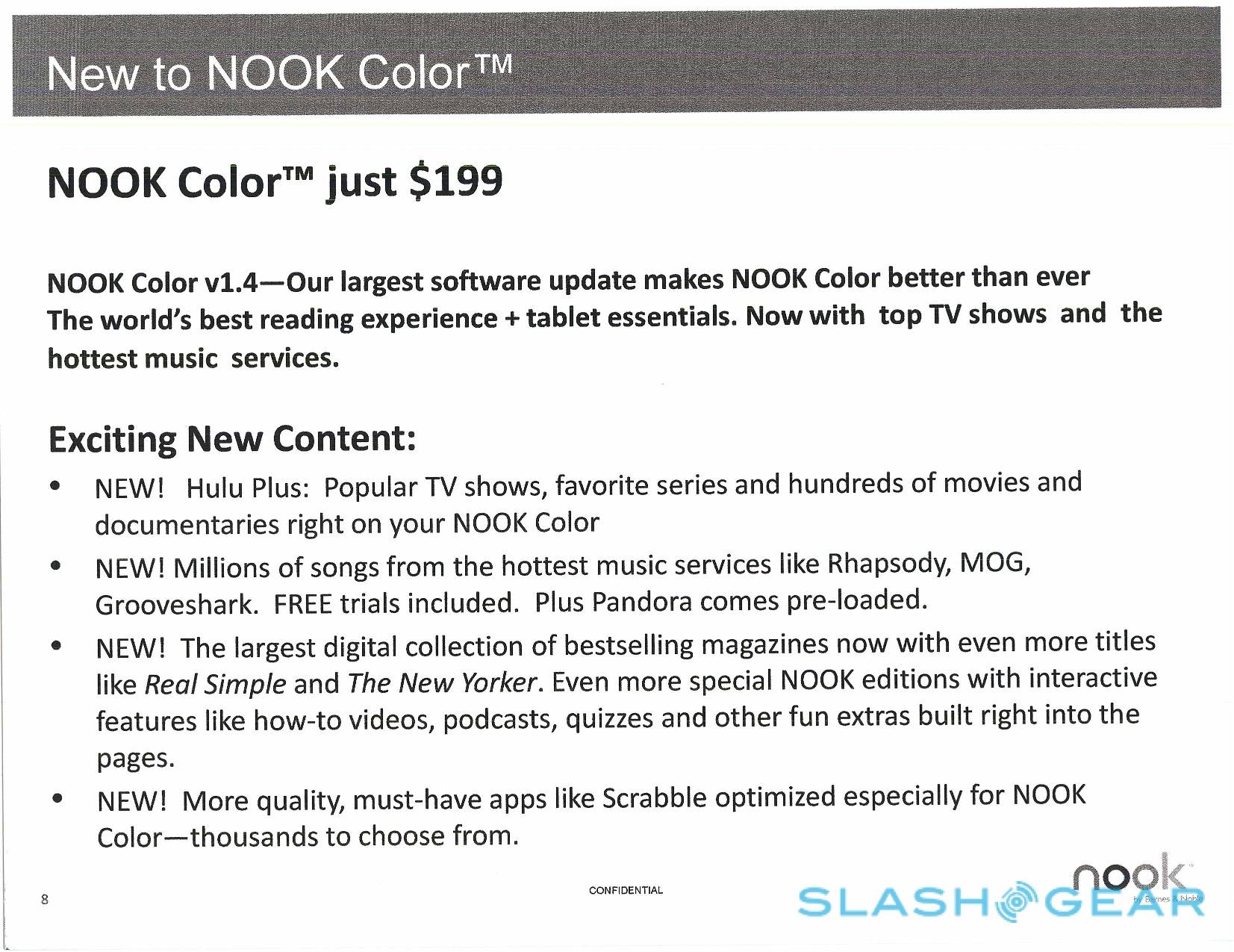 The new Nook Tablet wasn’t the only thing recently leaked by Barnes & Noble. When the Tablet replaces the original Nook Color at its $249 price point, the Nook Color will drop down to $199 permanently, giving the company a model that directly competes with the upcoming Kindle Fire at exactly the same price. The Nook Tablet will be released on November 16th, which is presumably when the Nook Color will receive its price drop. It might also be reduced right after the official announcement on November 7th. It will also be getting a new software update, including Hulu Plus access.

The Nook Color gained notoriety among Android modders last year for its easy-to-root, easy-to-hack implementation of Android. A little MicroSD work was all it took to run the reader like a full Android tablet, albeit one running Android 2.1. The Nook Color currently runs Android 2.2, though ROM developers have put Gingerbread and even an SDK port of Honeycomb on the device. It comes with 8GB of on-board storage and a high-quality IPS screen – not bad for a little 7-inch tablet.

The Kindle Fire is competing in the space that the Nook Color carved out already, and while the former is seeing some massive pre-order numbers, it will be interesting to see how the two will face off later this month. The new Nook Tablet’s impressive dual-core processor and full gigabyte of RAM should best the Kindle Fire on performance, but the value proposition might be somewhat lower, since Amazon’s tablet will have easy access to books, movies, music and a much larger selection of apps.

So what do you think, tinkerers? Will a $50 price drop be enough to convince you of the Nook Color’s charms, or will you opt for the new Tablet or the Kindle Fire instead?