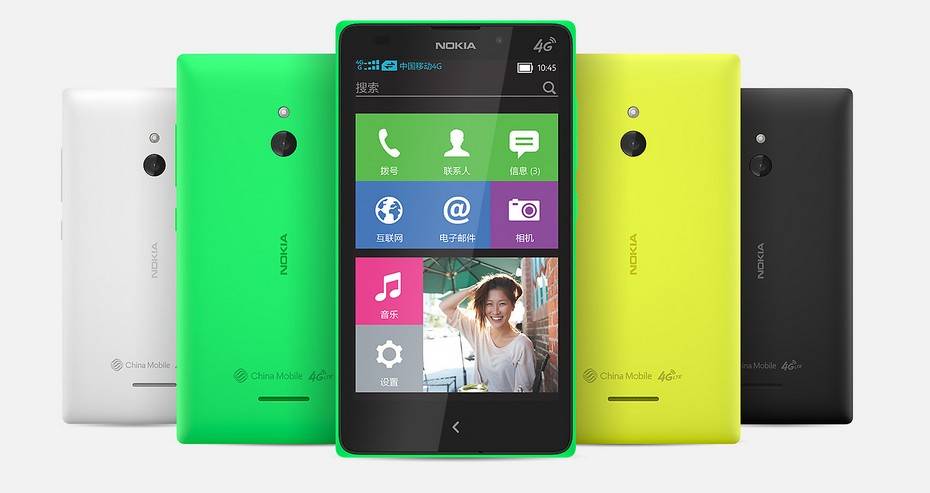 Six months after the Nokia XL announcement, China Mobile and Nokia are launching the Nokia XL with 4G LTE connectivity in China. Sadly, the 4G LTE edition will not work elsewhere as it supports LTE Bands 38, 39 and 40 (TD-LTE or TD-SCDMA) only.

Other than added with 4G LTE supports, the Nokia XL is also updated with more RAM memory and a better processor. It now comes with 1GB RAM (768MB previously), and powered by a 1.2GHz quad-core processor instead of a 1Ghz dual core processor on the original Nokia XL. Interestingly while the Nokia XL 4G LTE edition measures in the same size, it is only weighted at 158 grams. The original Nokia XL is much heavier at 190 grams.

Other specifications remain the same, there is a 5 megapixel camera with LED flash, Bluetooth 3.0, WiFi b/g/n, 4GB internal storage and a microSD card slot.

Microsoft has recently announced that Nokia X series’ future products will be powered by Windows instead of a custom Android OS. The Nokia X2 introduced last month and Nokia XL 4G LTE edition are likely the last Android smartphones from Nokia.