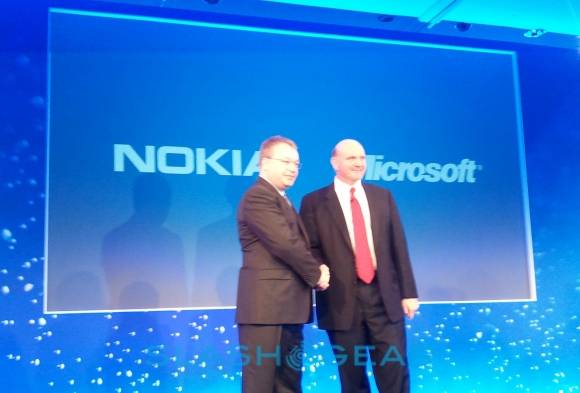 Android and iOS might have to start keeping themselves on their toes as a third player builds itself up to take on the two industry leaders. Nokia has announced its decision to sell its Devices & Service business to Microsoft, practically giving Microsoft the ability to make its own devices and put the fate of its mobile devices in its own hands.

The news should probably not shock anyone by now. People have already called out such a future scenario ever since former Microsoft employee Stephen Elop took over Nokia’s reigns and signed a sweet deal with Microsoft over the Windows Phone operating system. With the announcement of Microsoft CEO Steve Ballmer retiring within 12 months, many have questioned the future of the company, especially regarding its mobile devices. Now it seems that that there has been on-going negotiations and now we’re hearing of the results.

Microsoft will be acquiring Nokia’s Mobile Phones and Smart Devices business and aspects related to it such the design team, production facilities, sales and marketing, and other support functions. In exchange, Nokia will be receiving 5.44 billion euros, roughly $7.2 billion, with 3.79 billion euros, or around $5 billion, for the purchase of the business itself and 1.65 billion euros, around $2.3 billion, for mutual patent agreements. After the deal, all that Nokia will be left with is its NSN network infrastructure business, its HERE mapping and location services, and its Advanced Technologies development and licensing business. Stephen Elop will be stepping down as CEO and assuming the position of Executive Vice President for Devices and Services but is expected to transfer to Microsoft eventually.

The deal still has to be approved by Nokia’s board and the transaction is expected to close in the first quarter of next year. While it does sound like Microsoft is finally taking its mobile business very seriously, it remains to be seen whether it will be able to raise itself up from its stupor enough to be formidable opponent to Android or iOS.