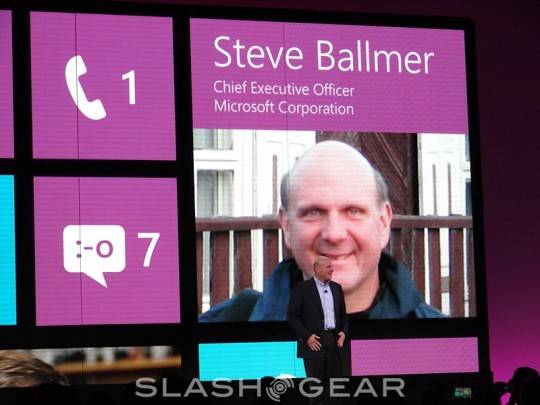 Steve Ballmer hasn’t always been friendly to Android. In fact, he once referred to Android as “wild,” “uncontrolled,” and susceptible to malware and went on to talk about how he believes Android is “not in the consumers best interest.” Anyway, given some of those earlier comments we suspect some of the more loyal Android users have harsh feelings towards Ballmer. But that being said, it is hard to ignore when a CEO of a large company announces his retirement plans.

That is just what happened this morning, Microsoft CEO Steve Ballmer has announced plans to retire within one years time. He has yet to announce a successor, however that is where the one year timeframe comes in. In an email to Microsoft employees, Ballmer has said he “will retire as CEO of Microsoft within the next 12 months, after a successor is chosen.” Ballmer then went on to talk about how he believes there is never a “perfect time for this type of transition” but also feels that “now is the right time.”

There wasn’t any hints as to who will be taking the role as Microsoft CEO, but Ballmer did talk about how they “need a CEO who will be here longer term for this new direction.” As to that “new” direction, he was referring to the “transformation to a devices and services company focused on empowering customers in the activities they value most.”

The Board of Directors has already appointed a special committee to oversee the process of choosing a new CEO. This committee will be charred by John Thompson and also include Bill Gates, Chuck Noski and Steve Luczo. It was also mentioned how the committee is working with Heidrick & Struggles International Inc. and considering both internal and external candidates to replace Ballmer.

“The board is committed to the effective transformation of Microsoft to a successful devices and services company,” Thompson said. “As this work continues, we are focused on selecting a new CEO to work with the company’s senior leadership team to chart the company’s course and execute on it in a highly competitive industry.”

Looking back, Steve Ballmer originally came to Microsoft in 1980 as the 20th employee of the company. He was appointed CEO in January 2000 and as part of his letter to employees talked about how the company grew from $7.5 million to $78 billion during his time and how they went from employing about 30 people to about 100,000 people. And while the outcome of all this remains to be seen, Ballmer did say that he believes “Microsoft has all its best days ahead” and that he is proud of what has been achieved and is looking forward to continuing as one of Microsoft’s largest owners.