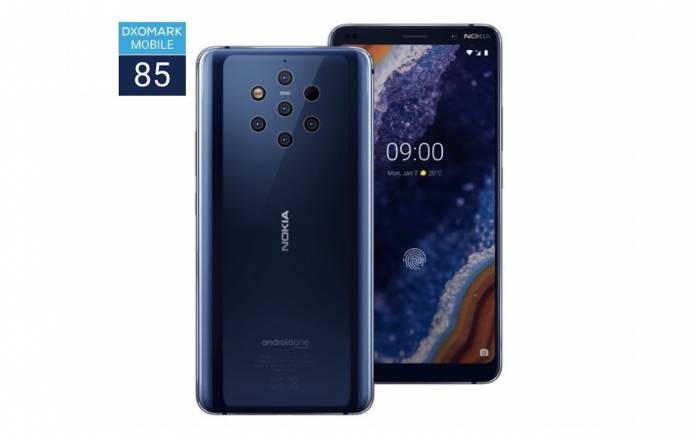 The Nokia 9 Android phone has long been part of the rumor mill. We’ve been hearing about the smartphone since 2017. It was teased and then canceled and then tipped again for a 2019 launch. Related information and images started surfacing again. Nokia was officially unveiled at the Mobile World Congress (MWC 2019). The device already received an early update that added face unlock and enhanced the fingerprint sensor. A Nokia 9 PureView Teardown also revealed why it’s not easily repairable.

What we’d like to focus on is the camera system since the Nokia 9 PureView boasts a Penta-camera design. That’s five cameras. HMD-Nokia teamed up with Light to develop the five-camera system.

It’s different from the other multiple camera setup because all five cameras are said to be active most of the time. There’s even a sixth sensor that uses Time of Flight. However, for video recording, it only uses one of the five sensors.

We have high hopes about the Nokia 9 but we haven’t really reviewed the phone. We just know it’s not easily repairable. So what’s the real score? DxOMark has the answers but first, let’s review the camera specs.

The Nokia 9 PureView comes equipped with five cameras: 12MP 1/2.9-inch sensors, 1.24µ pixels on all cameras, f/1.8 lenses/28mm equivalent focal length on all cameras, Dual-LED dual-tone flash, 4K video, 2160p/30fps, and Time of Flight sensor for depth estimation. All five cameras are active for RGB, one for Video, and three for Monochrome.

The phone only received an average score of 85 (88 Photo, 80 Video). That makes it further down in the list. The Nokia 9 still has redeeming values. Autofocus in most conditions is fast and accurate. It offers fairly good detail preservation. Noise is also well controlled in most conditions. Unfortunately, the Nokia 9 PureView handles limited zoom capabilities. There is some noticeable pink color cast in outdoor conditions while there’s color shading in most conditions. When you use flash, there are exposure instabilities and white balance casts.

When taking videos, with only once camera working, the device still offers generally efficient stabilization. Autofocus is reliable in most conditions while stabilization is generally efficient. There are more cons than pros though. Expect limited dynamic range, judder effect when panning, inaccurate color rendering, and low levels of details. There is noticeable sharpness difference between frames while you will see exposure variations especially outdoors.