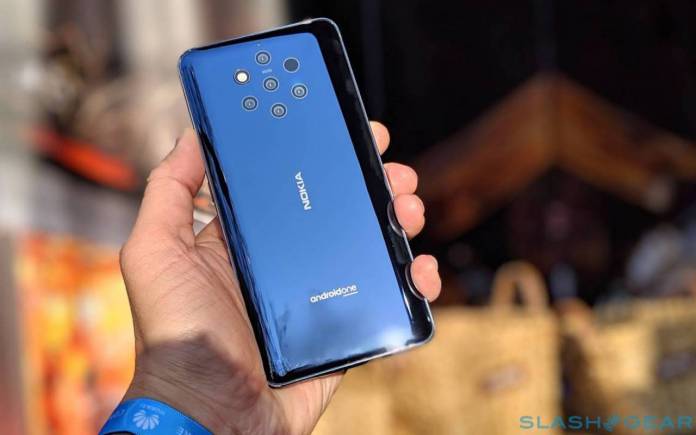 Nokia has already made a big announcement at the Mobile World Congress. Actually, make that plural. HMD Global has announced five new Nokia smartphones at the MWC 2019. Barcelona has erupted once again into a launching pad of new phones from different of OEMs. The Nokia group introduced the highly anticipated Nokia 9 PureView, Nokia 4.2, Nokia 210, Nokia 1 Plus, and the Nokia 3.2. We’ve heard about these mobile devices the past months so there is no big surprise here.

The Nokia 9 PureView has been a favorite subject not only the past few months but the past couple of years. Since 2017, we’ve been featuring the smartphone or, at least, the beginning of the Nokia 9’s journey. It’s here, finally–and we’ve got a hands-on.

If you’re familiar with Nokia’s PureView technology, you’d already know the device’s main selling point is the camera system. With five cameras, we’re expecting it will win in the compact imaging game. This is the first time we’re hearing this but Nokia teamed up with Light. (Yes, the same company that partnered with Sony recently).

Light knows its way around multiple cameras having delivered the L16 camera complete with all sixteen sensors. As expected, Nokia has used ZEISS Optics to join the three monochromatic and two color sensors. It seems too much but all five sensors work to gather as much light–up to 10 times when compared to a single color sensor. As you know, the more light, the better. Specifically, the rear cameras boast 12MP each (f/1.8, 1/2.9″, 1.25µm).

Don’t be surprised if you notice every photo taken is HDR. The camera system offers a 12MP depth map and max of 12.4 stops of dynamic range. Nokia adds an upgraded Pro Camera UI and Adobe Photoshop Lightroom. All these are made possible with a special imaging co-processor and the Qualcomm Snapdragon 845 chipset. Other specs and features include a 5.9-inch 2K pOLED “PureDisplay” screen, Qi Wireless charging, on-screen fingerprint sensor, Corning Gorilla Glass 5 protection, IP67 waterproofing, 6GB RAM, and 128GB onboard storage.

The Nokia 9 PureView runs on Android One base on Android 9.0 and a 3320mAh battery. A 3.5mm headphone jack is out of the equation, sorry. The device is now available in Midnight Blue with a $699 price tag.