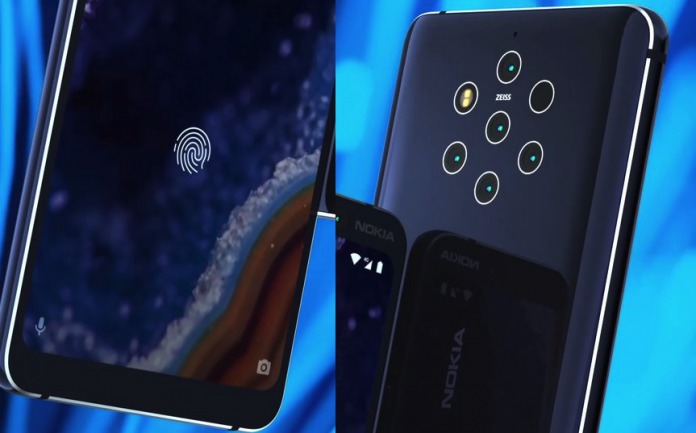 The Nokia 9 PureView will reportedly be unveiled last week of January. That is after almost a year of waiting for the Nokia 9. We’ve heard of the smartphone as early as April 2017 only to be pushed back. The device was once again rumored and sighted on different benchmarks. We were told the Nokia 9 would be released this year but still nothing. It may be ready with Snapdragon 845 and dual selfie cameras at first. But then again, the phone was also said to include five lenses and seven rings at the rear. The penta-lens camera may be out in Q1 2019 as several rendered images and information are being shared.

The Nokia 9’s five-camera phone quality is a bit challenging but it’s ready. Details are scarce but the image by Evan Blass (@evleaks) seem to be believable.

Blass simply shared the ‘Nokia 9 PureView Beholder’ detail. We have no idea what that means but it should be aesthetically pleasing.

Aside from the multiple camera system, we can also see an in-screen fingerprint scanner. It’s nothing new but a first for Nokia.

HMD Global definitely knows how to improved on the Nokia brand but we have no idea how the phones are doing in the mobile market. There’s also an Android One logo at the back so we’re guessing it will run on Android One out of the box but should also be ready for Android 9 Pie at launch.