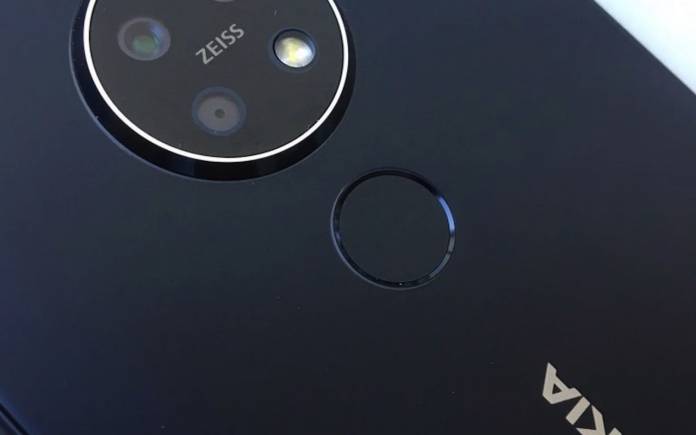 The Nokia 7 series first appeared in 2017, breaking cover with a Snapdragon 630 processor, 6GB or RAM, and a Bothies feature. A Plus variant was soon leaked before its MWC 2019 release as an Android One phone offering. The Nokia 7.1 variant was also released running Android One and with PureDisplay screen technology. It was later on updated to Android 9 Pie update. There was also the Nokia 7.1 Plus rumored with a notch and dual rear cams with Carl Zeiss Optics but still no related announcement up to this day.

The Nokia 7.1 Plus can be assumed to be the Nokia 7.2 especially since an employee of Zeiss shared an image of the phone. The phone boasts a round camera module as rendered a few days ago. Instead of four shooters, we’re expecting only three rear cameras plus an LED light. A round fingerprint scanner is also there on the rear, below the cameras.

The Nokia 7.2 is almost ready as some media people were able to see the phone at a press event as demonstrated by HMD Global. ZEISS employee Joachim Kuss shared how mobile photo and videography today can be overwhelming. He’s maybe pertaining to what the Nokia 7.2 can do.

A powerful camera system? That is a possibility given the ZEISS name is part of it. There is no other information provided but we know there will be the main camera, a depth-sensing shooter, and a wide-angle lens as part of the triple rear imaging system.

Earlier, an FCC document was discovered, listing the following specs for what is believed to be the Nokia 7.2: a 6.3-inch screen, Snapdragon 660 processor, and a 48MP main camera with 120-degree wide-angle lens. The selfie camera could be placed within a camera hole instead of a notch as shown by an early render. Looking at the images available, we can expect a blue Nokia 7.2 with an aluminum frame.