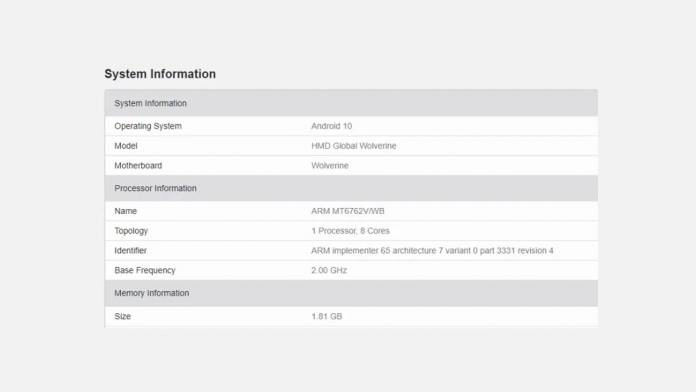 HMD has a few smartphones in the pipeline. We have already discussed Nokia 2.4 when it was spotted on Geekbench. Now we hear Nokia 2.4 a.ka. Wolverine is making its debut along with Nokia 6.3 and Nokia 7.3 at the IFA2020 in September. The entry-level smartphone is not going out with exciting features; nonetheless, it will present an option worth considering. Especially for that Nokia moniker prefixing the Wolverine codename.

Reportedly, Nokia Wolverine is one of the few smartphones that HMD Global will release this year. But for Nokia, unveiling phones is not as big as a concern as it is to make the already announced available. Nokia 8.3 5G for instance was announced in March but customers are still awaiting a global availability of the phone to this day.

Coming back to Nokia 2.4 – the phone will be powered by a couple of years old MediaTek Helio P22 processor and will run Android 10 operating system. Featuring a 6.2-inch HD+ waterdrop notch display, the handset will be pack in a respectable 4.500mAh. It will come in two memory variants – 2GB + 32GB and 3GB + 64GB – internal memory is expandable up to 512GB via microSD.

For photography, Nokia 2.4 will feature a dual-camera setup on the back comprising 13MP primary shooter, 2 MP depth camera. On the front, it will get a 5MP selfie camera. Allegedly Nokia 2.4 (Wolverine) will be released in September and should be available globally by the end of the year for about $110. We are expecting more concrete information about the phone in the coming days as the release date approaches. Stay tuned.