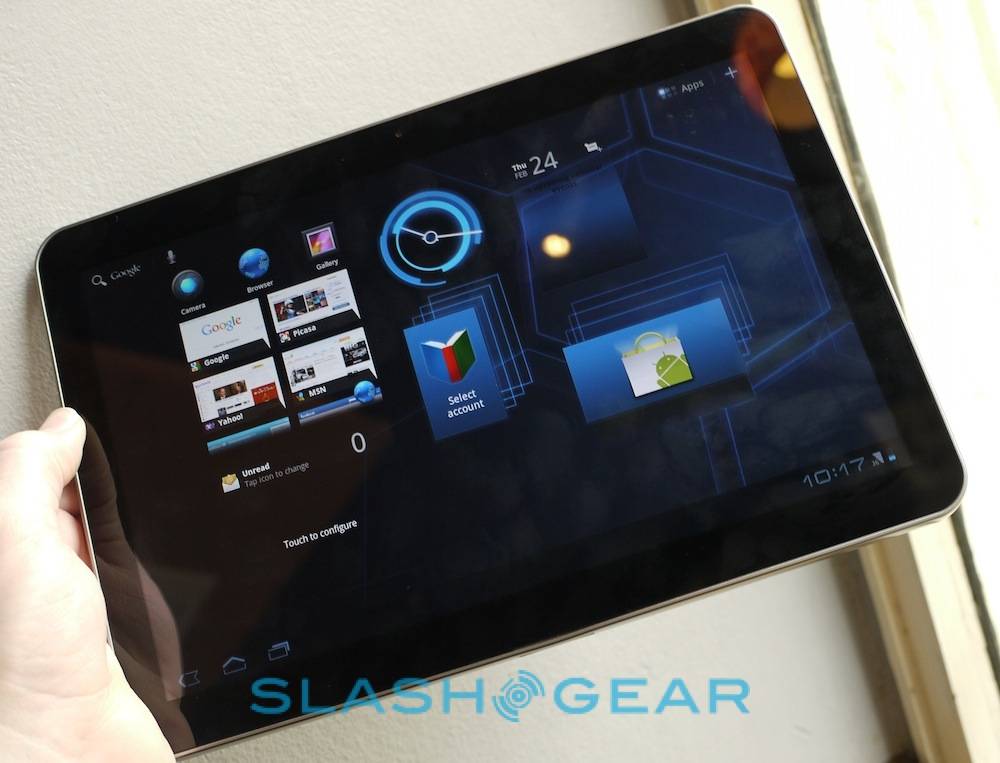 Samsung has insisted the Galaxy Tab 10.1 Honeycomb tablet is still on track with its original release plans, denying speculation that the company were returning the 10.1-inch slate to the engineering lab so as to make it more competitive against the iPad 2. Having been quoted as saying that “[Samsung] will have to improve the parts [of the Galaxy Tab 10.1] that are inadequate” last week, Executive Vice President Lee Don-Joo told Yonhap News this weekend that the tablet wasn’t being reworked.

Speaking shortly after Apple unveiled the second-gen iPad, Don-Joo had singled out the slate’s slim build as a key improvement. Samsung had previously been championing the Galaxy Tab 10.1’s thinner chassis than the first-gen iPad, as well as its lighter weight.

“We will continue to make every effort to provide the most powerful, well-designed and productive mobile device to customers” Don-Joo now says, though it seems Samsung only has pricing left to differentiate the Galaxy Tab 10.1.