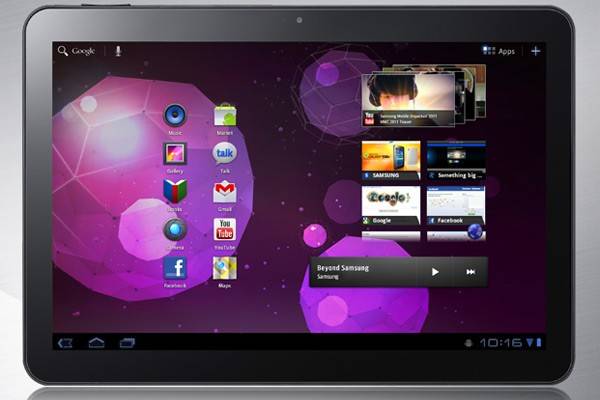 There is no doubt that when Steve Jobs pulled the iPad 2 out on strange there were a lot of tablet markers that had to step back and reconsider how they were positioning their own offerings in the market. One of those firms that is doing some reconsidering is Samsung with its Galaxy Tab 10.1. Samsung is feeling a bit inadequate against the iPad 2.

Engadget reports that Samsung VP Lee Don-Joo has noted that Samsung is looking at the tablet and reaching to “improve the parts that are inadequate.” The exec doesn’t offer any hints on exactly what parts the company thinks are inadequate compared to the iPad 2. Lee does note that the iPad 2 is very thin.

That would seem to hint that perhaps we would see future versions of the Tab 10.1 with a more svelte profile than the tablet currently has. The most important change that may be coming to the tablet is a price cut. If the price of the Tab 10.1 was significantly less than the iPad 2 then I think a lot of us could possibly over look things that might not be perfect.