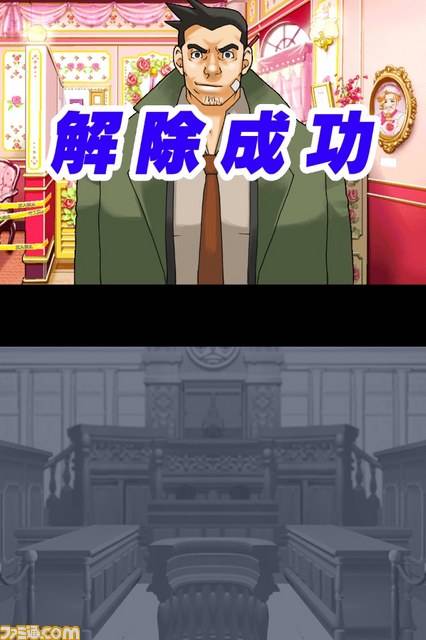 Unless you’ve been living under a rock for the last ten years, odds are pretty good that you’ve heard of Capcom’s ultra-successful Ace Attorney series of detective/lawyer games for the Nintendo DS. Good news, legal eagles: the first three games in the series will soon be gracing your Android phone or tablet. The three titles will be made available on the Android Market. Developer Capcom didn’t say when the games would be made available, but they’ll cost 600 yen each or 1200 yen for the whole set – that’s about $8 and $16 in US currency. Only Japanese versions are confirmed at the moment, but the series has done very well in the US and Europe, so expect a localized release at some point.

The Ace Attorney series started with Ace Attorney: Phoenix Wright on the Game Boy Advance back in 2001, with Nintendo DS ports making it a hit worldwide. The basic gameplay is in the style of point-and-click adventure, where Phoenix must defend his clients in the courtroom and find evidence of their innocence to identify the real culprit. The anime-style characters and over-the-top humor (there’s a detective character whose name is, no joke, Dick Gumshoe) have made it popular with children, while the mystery element makes it enjoyable for adults as well. The smartphone and tablet versions will have updated high-resolution graphics of the original sprites.

Capcom has been admirably supporting Android for some time now, though with high-profile releases like Street Fighter 4 and Resident Evil 4, LG seems to have an exclusive stranglehold on its titles. Unfortunately, if the developer’s pattern continues, we’ll see the Ace Attorney games show up on Android months later than iOS and limited to devices sold by the highest bidder. I wish they’d take a hint from long-time rival Sega and release their games for anyone willing to pay up.