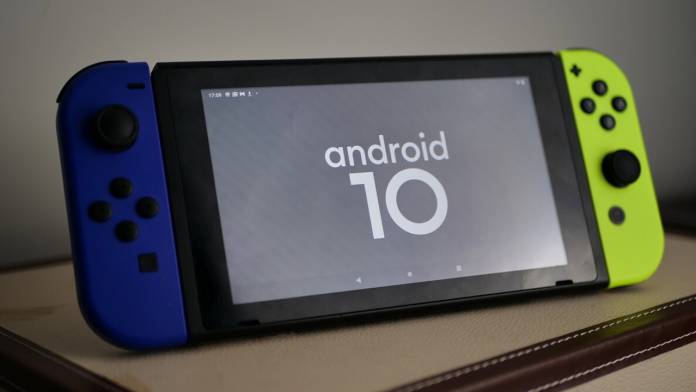 Nintendo Switch can run Android. We saw this when the guys at XDA ported Android 8.1 Oreo-based LineageOS 15.1 on the Switch. Now the same team is back with another important port, this time to run Android 10-based LineageOS 17.1 on the Nintendo Switch. This unofficial build is made possible by the SwitchRoot team and the ROM is available in Tablet and Android TV builds.

The LineageOS 17.1 is built for the Nvidia Shield TV and comes with a host of improvements. These include deep sleep mode for battery consumption and it is reportedly faster and more responsive in caparison to the Android 8.1 Oreo.

Other features brought forth with the Android 10 include OTA updates, complete Joy-Con and Pro Controller support, support for USB-PD and third party docks, reworked and simple power profiles, improved Bluetooth support, and more. While the Tablet build is offered with standard Android UI, the Android TV build includes limited app support but does support both docked and undocked possibilities.

If you’re interested in giving LineageOS 17.1 on your Nintendo Switch a try, you’ll need an RCM-exploitable Nintendo Switch, high-speed microSD card, and USB-C cable. But if you already have Android 8.1 Oreo running through your SD card, you’d want to back up the data, since flashing the new ROM can wipe off the old data.

On installing be mindful of the fact that the games built for SHIELD are not supported at the moment. Also, the developers point out that there could be some shuttering in audio over Bluetooth. Since this is an unofficial build you may want to be sure before installing it, but if you have already tried Android 8.1 Oreo, you know what you’re in for.