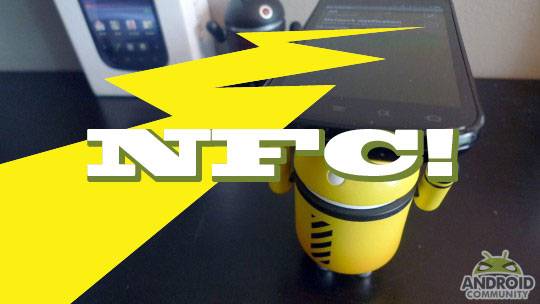 Did you know that the Nexus S (both in its original form and its newer 4G state on Sprint) is fully ready to work with NFC mobile payments? Google knows, they built it. Sprint knows, they’re apparently working on a deal with Google right this second to release a mobile payments service on the 26th of May, 2011. This service will, if it’s real, be available for US customers of Sprint Nextel, so says “three people familiar with the matter” to Bloomberg. Three’s better than one, right?

The three mystery sources told Bloomberg the following bit of text, holding nothing back in a whirlwind of yellow and black, with a dust cloud of blue red yellow and green flying behind them!

The service will let consumers with specially equipped phones that run on Google’s Android operating system pay for goods and redeem coupons with their handsets, said the people, who wouldn’t be identified because the plan isn’t public. The technology is available on the Android-powered Nexus S from Sprint, the third-largest US wireless operator.

Google is rolling out so-called near field communication technology, which lets people pay at NFC-equipped cash registers with a flick of their phone, to boost revenue from mobile advertising and discounts.

Of course the three other major US carriers AT&T, Verizon Wireless, and T-Mobile are part of a separate venture for NFC by the name of Isis NFC – for more information on that company, check out SlashGear’s most recent news bit. Plans for Sprint to launch ahead of all these other networks is coming to fruition it seems – last we spoke about this it was early April and SPrint was supposed to be working with coupon revenue rather than a percentage of the money spent.

What do you think, community, you think NFC is becoming a reality? News from our hero in Japan Ewdi notes that everyone and their auntie is already using electronic payments via their cellphones, and as everyone knows, if Japan does it first, there’s at least a 10% chance the USA will follow in kind! Can’t wait to pay for gumballs with my Nexus S!