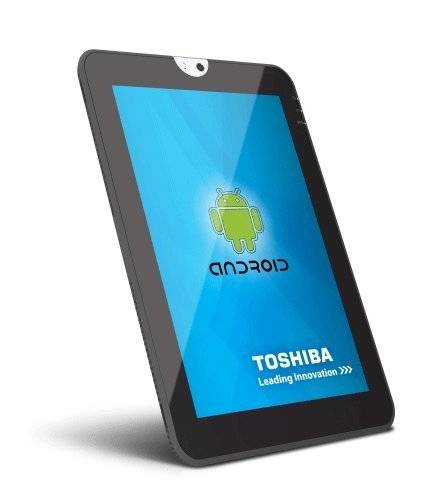 Let’s talk about this situation and see if we can’t piece together a few factoids. First, waaay back at the beginning of this year, a mystery tablet started showing up – one made by Toshiba, having a 10.1-inch screen, and sporting what would become Android 3.0 Honeycomb (testers floating around had Froyo, of course.) Have a look at our big reveal post and continue on – does that look like a tablet that Google would officially endorse as the next step in their flagship series? That very much appears to be what may be happening now!

Our good pals at Metalev have a few clues gathered up that point directly at this device being the next in the Nexus series – Nexus T they’re calling it, and with its NVIDIA Tegra 2 processor, prismatic lithium-ion battery, and 1280 x 800 resolution 16:10 aspect ratio adaptive display, its definitely not out of the question.

What’s a prismatic battery? It’s a big fat battery that has 3 times the life of a standard lithium ion batter in essentially the same package. Besides sounding fantastic, why is this relevant now? Because @googlenexus has a challenge going on with their Twitter followers and the answer to the puzzle on the 2nd of May was PRISMATIC. – this puzzle put together by metalev’s Luke Hutchinson

@googlenexus’ challenge ends right before Google I/O – perhaps some free tablets are in the works for the masses of developers attending?

This tablet has been up for preview at Best Buy for some time now, but without a name and without much branding to go with it. Have a look at the video here and see if you think it’s possible that this is the next in line for Google’s infamous pack of powerful bigtime blasters: