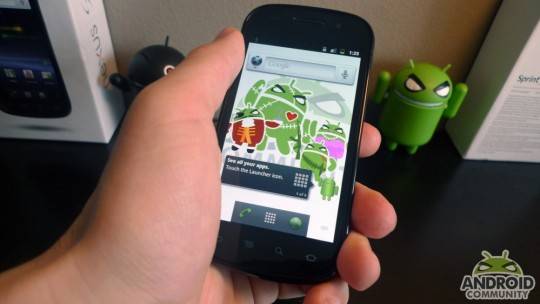 Ruh roh, one of those mysterious gremlin errors is happening in everyone’s favorite smartphone with the coolest most nude version of Android 2.3 Gingerbread, the Nexus S. This particular error is reportedly happening specifically on the Nexus S 4G (aka the Sprint version of the device) and includes connectivity and random photo deletion errors. Before we continue, have a look at our review of said Nexus S 4G device and come back with full knowledge. Then hear this, as spoken by a spokesperson from big Yellow to ComputerWorld late yesterday: “We are aware of the connectivity reports being brought forward by a small number of Nexus S 4G customers. Google, Sprint and Samsung are examining these reports and though we have not yet been able to identify any specific causes, we are working to determine exactly what our customers are experiencing.” Bad news bears!

ComputerWorld has apparently been tracking this problem and building up a report for months now, getting in quotes from quite a few users, most of them appearing to come from the UK, pointing toward a problem not specific to a region, but to the manufacturer, if said problem is indeed a hardware problem at all. One particular UK user, Julian Bhardwaj, is detailed to the point of being a pro commenter:

“Photos are randomly deleted from the phone. There seems to be no apparent pattern or cause to what or when photos are deleted, only that anyone using the Nexus S or a phone which they have upgraded to Android 2.3 has this issue. This problem seems to be ongoing since around the beginning of the year, just after Android 2.3 and the Nexus S was released. The only word from Google on this issue so far seems to be that the problem is not ‘reproducible’ so they cannot investigate it. For myself and many other Nexus S users, this is extremely frustrating. This is a critical flaw with the phone/operating system….”

Next you can track the problem back to Janurary 3rd, 2011 in Google’s mobile help section of their messageboards. A Google employee named “MrEvan” noted the following about the problems, in comment form:

“[I’m not] seeing a ton of consistency in reports … I’m so sorry to hear about your troubles here … I know how important photos are!”

“Thanks for the responses. Seems like you are all having slight different experiences, but I’ll pass your reports along and see what we can find!”

Sound familiar to you? How’s your Nexus S experience been thus far? Do you think these problems are singled around one single carrier, the manufacturer, or Android 2.3? Or are they all just user errors and that’s that? Nexus S users, let us know what you think!