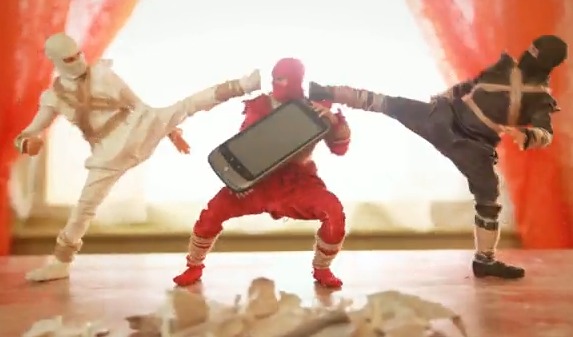 Yes, we know the Google Nexus One has been the shiny star of several unboxing stories since December of last year. But believe me when I say this is not just any unboxing, it is actually by far one of the best I’ve ever seen in my life.

We all know how deep emotions run through us when we are about to get our hands on a brand new gadget. Apparently, that is the case with these three ninjas. As you will see on the stop-action video – which by the way was sponsored by Google – below, three tiny ninjas fight over the Google Nexus One phone after unboxing it.

Unboxing is just a mild word, these tiny ninjas actually destroyed the box where the Android handset was. Next, they begin to reveal some of the accessories and the smartphone itself. But don’t let me spoil the fun, just watch the clip and let us know what you think about it.