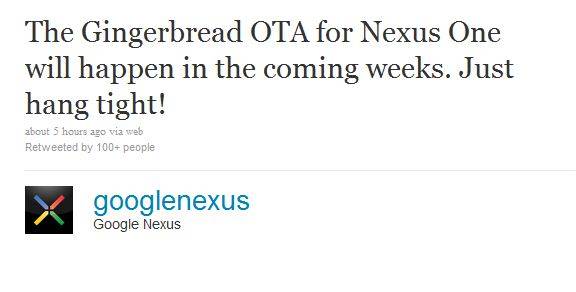 A Google representative was apparently recently chatting with a mister HR Raphael of ComputerWorld today informed the writer that not only will Android 2.3 be rolling out toward the Nexus One soon, there’ve been no unexpected hurdles in getting the update ready to go. Sounds good to me. This comes at a time when the Nexus S already has such an upgrade (or rather, was shipped out with it installed already,) and the world is waiting for both Gingerbread and Honeycomb on their devices.

Image courtesy of The Gadgets

Of course, some people are still waiting for Froyo, and even others are just waiting for new devices. Fear not, all ye ladies and gentlemen, another big milestone is on it’s way. Mobile World Congress 2011 in Barcelona shall be your salvation, and all good things shall flow out of it. And we’ll have the baskets to capture them in, and we’ll be there in Barcelona to give it all to you the MOMENT we receive it.

ALSO check out this tweet from back on December 20 of 2010 that said this update would be coming in the coming weeks. Reasonable claims all around. 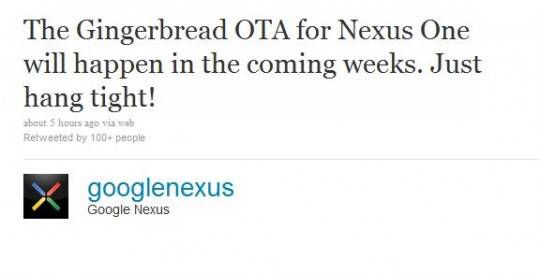