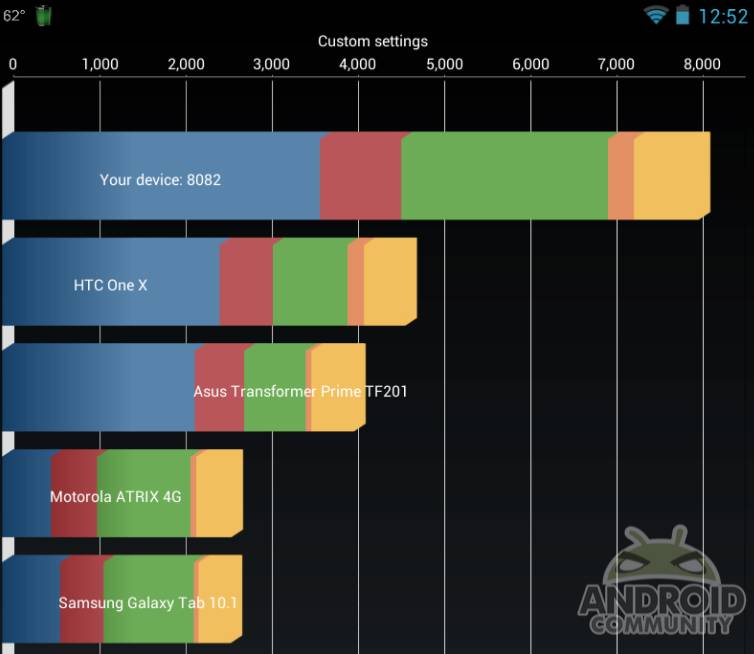 The Google Nexus 7 and NVIDIA’s Tegra 3 quad-core processor just keep pushing the cutting edge. When we say cutting edge — we mean faster than anything else available. Over at XDA they’ve pushed the limits farther than we thought possible, and now have the NVIDIA Tegra 3 quad-core that powers the Nexus 7 running at 2.0 GHz. Check it out below.

Yup, that is an actual screenshot. I just made it pretty. We’ve talked about these types of things in the past. Earlier this month we saw the Nexus 7 overclocked to 1.7 GHz and pass 7000 in Quadrant benchmarks, but this here is an entirely new level topping 8000. This time around however we aren’t running on the popular Trinity (derkenel) many know and love. Instead this awesome news comes to us thanks to my good pal Simms22, and clemsyn at XDA Developers.

Clemsyn’s very special and experimental test kernel (as in not for the public) has managed to push the limits to 2.0 Ghz on this quad-core chip. Thanks to the initial work by _motley (and his kernel) Many are able to enjoy his latest and greatest at 1.8 GHz, but 2.0 is causing a few issues so for now this is only an internal build. Hopefully once these awesome developers continue to push the limits we can see an actual release. For now however, this will have to do. 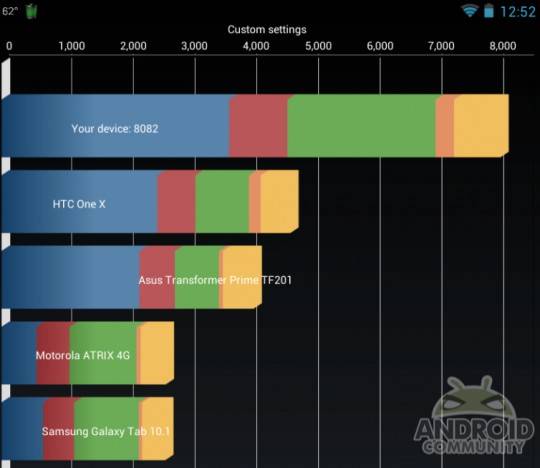 Pretty impressive scores right? That is beating Qualcomm’s unreleased quad-core linked to below. According to Simms the Nexus 7 and Tegra 3 at 2.0 GHz isn’t exactly what we’d call “stable” but he was able to get a few other tests in — including the new and popular RL Benchmark. Since this is such an experimental kernel we won’t be including details or instructions like before, but since we know there’s a few diehard enthusiasts out there we’ll give you a link. If you’d like to follow along with clemsyn and his “Elite Kernel” for some high speed fun you can do so by heading to this XDA thread.