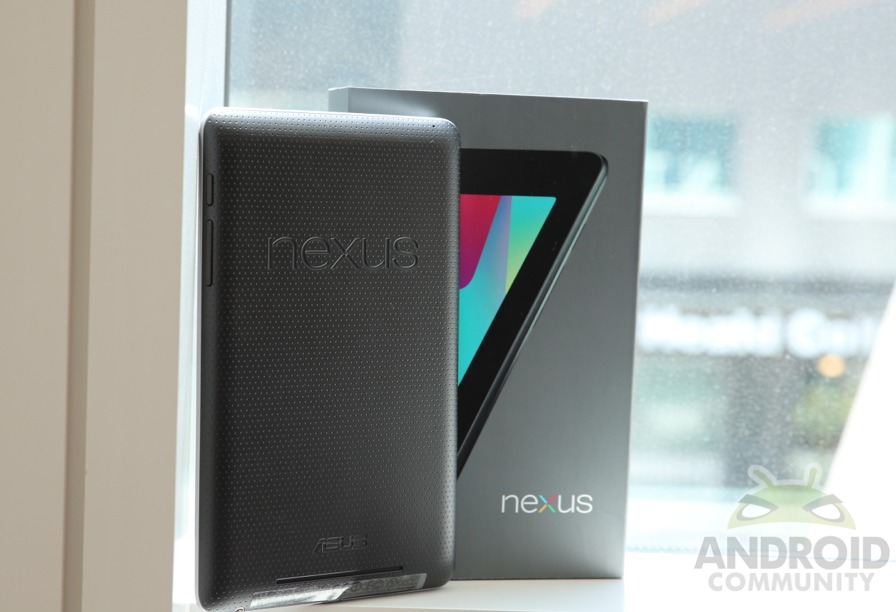 So we basically know a 32GB Nexus 7 is coming, we just don’t quite know when. Most clues point to the October 29th event that Google will be hosting in NYC. Today it appears that ASUS and Google’s new 32GB Nexus 7 is already shipping to retailers in the US — they just cant sell them yet. What is even better is they are priced at $249.

According to a lucky Staples employee over at Android Central they just received shipment and stock of the 32GB tablet. After ringing the item up it came out priced at just $249. It’s safe to say the 32GB model is replacing the 16GB version. Here’s to hoping the 16GB Nexus 7 becomes $199 and they drop the 8GB option all together. 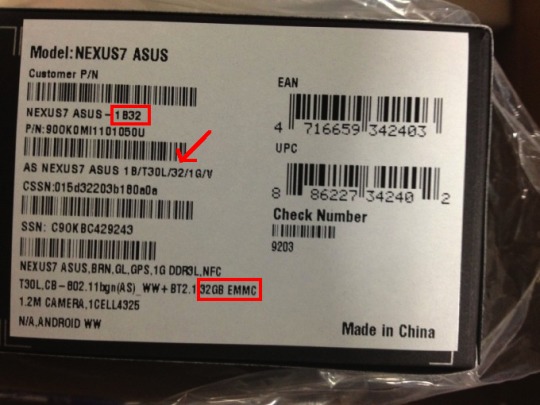 As you can see from the image provided above, it clearly is marked 32GB in multiple places across the box. We’ve gone ahead and highlighted the multiple areas that the new label clearly outs this is in fact a 32GB Nexus 7 retail box. Then just for fun we’ve posted our own 8GB box information below (in black) for a quick comparison.

So far things are looking right on track for Google to release a 32GB Nexus 7 tablet along side the LG Nexus 4 at their event later this month in NYC. I’m still hopeful for that 3G capable Nexus 7 we mentioned this morning. The leakster also mentions that the 32GB Nexus 7 will be available in stores come October 29th. Looks like they’ll be available nationwide and online soon enough. Feel free to run down to your nearest Staples and try to buy one early as it appears they have stock right this minute. Product number is #100604. Good luck!