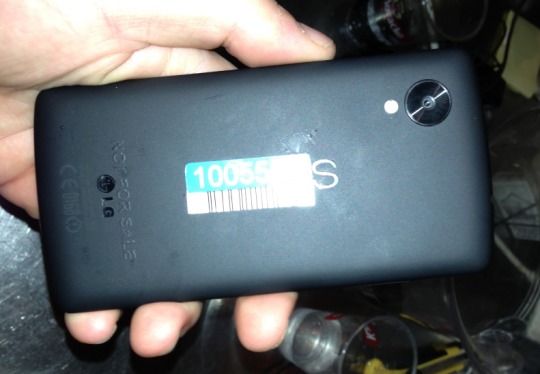 Just a few days more before we’re able to set our eyes on the real thing, but in the meantime we’ll settle for every bit of information we can gather. And this next one borders on the slightly strange as the Nexus 5 is rumored to not only come in two storage options, but with two different battery capacities to match.

A recently leaked service manual for the LG D821, believed to be the model for Google’s next smartphone, has given us a glimpse of the hardware that the device will be carrying. Aside from the Qualcomm Snapdragon 800 processor, an Adreno 330 GPU, and a 5.0-inch Full HD IPS TFT display, the draft document also ambiguously pointed out storage in either 16 GB or 32 GB sizes, giving us reason to believe there will be two models yet again. And it seems that there was some mix up regarding the disappointing 2300 mAh battery indicated in the document as well.