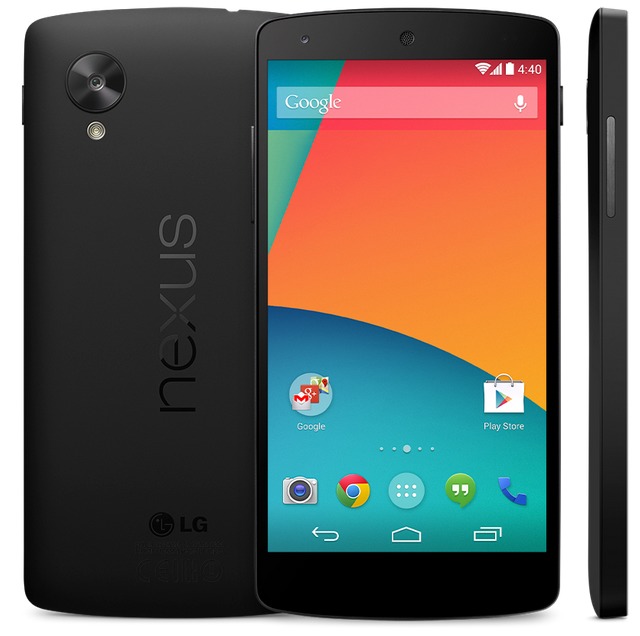 Coming in addition to the recent chatter about Android 4.4 Kit Kat arriving on October 25, it looks like the Nexus 5 may be arriving in the Play Store at the end of October. We have yet to see the mass of press invites go out to the media, however it is starting to look like Kit Kat and the Nexus 5 are still going to arrive in October as had been rumored. And interestingly enough, it is looking like they are both going to arrive on different days.

Of course, the important part to remember here is this is all firmly in the rumor category at the moment. With that reminder out of the way, this latest Nexus 5 leak comes by way of the folks at MobileSyrup. There isn’t much in terms of detail, but they are reporting based on an unnamed tipster. According to what was said, they have “been tipped that Google will make the Nexus 5 available via Google Play on Thursday, October 31st.”

Aside from the Halloween Play Store availability, this same tipster also mentioned the Canadian availability would begin a week later, on either November 7th or 8th. And sticking with the rumors pointing towards an end of October availability, the folks at Spigen have updated some case listings.

As you will see from the image sitting below, Spigen has three case options for the Nexus 5 listed. And the key here, all are showing an available to ship timeframe of “end of October.” Needless to say, this is nothing more than a product listing for an online store. Or in other words, those three words could be easily and quickly updated should the need arise. 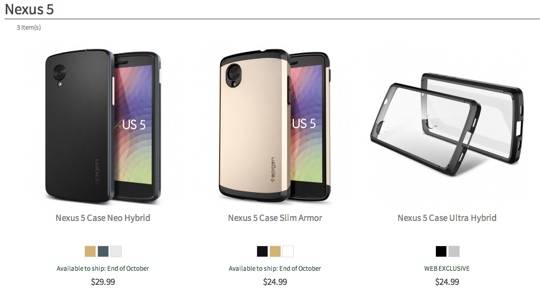 Otherwise, touching on the launch of Kit Kat and the details we had seen were coming by way of the GO Launcher team. They are claiming to have received an invitation from Google about the launch of the next version of Android. The invitation tipped this as being on Friday October 25th, but that could vary depending on the timezone. GO Launcher is based out of China.

Anyway, we would have expected to already have seen some official invitations hit the mass media if Google was indeed planning something for October, but we suppose stranger things have happened. Not to mention, with the whole Kit Kat candy connection here, an October (Halloween) timeframe does seem to make sense.