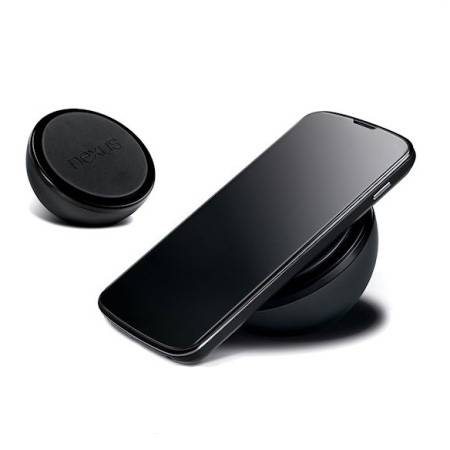 We had been expecting the Nexus 4 wireless charging orb to come available in February. That part was based on earlier rumors and while we have yet to hear anything official from LG or Google — it appears as if we have some indirect confirmation. These latest details are coming by way of a retail product listing that was recently spotted with Pure Mobile.

The orb is listed, but still noted as being out of stock. Basically, the listing offers a picture as well as some details and a price. We realize that this is an early listing and the details could still change, however the key here is that they seem to be lining up with the earlier reports.

The price is showing as $59.99 and while it is impossible to say based on just one single image — the orb does look like the real deal. Well, that is to say it appears to be Nexus branded and an official LG product. The listing also shows a model number of WCP400 and notes that the orb will allow the user to dock in portrait or landscape and “charge your Nexus 4 without the need for wires.”

Bottom line here, while the wireless charging orb is not yet available for sale — this listing does indeed suggest that it will be available in February as we had been expecting. Simply put, if you are a Nexus 4 owner and have been waiting for this to come available, now seems like as good a time as any to make sure you have the money set aside.