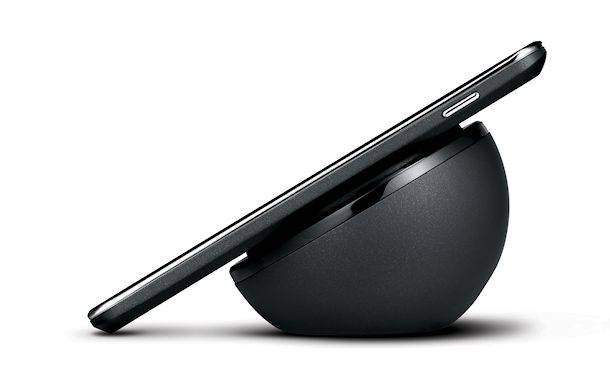 Google and LG’s Nexus 4 has been available for sale for quite a while, even though users had a hard time getting the sold out handset. While we’ve been waiting for official accessories to arrive (and still waiting) some new details have surfaced showing that neat wireless charging orb could finally hit shelves next month. Read on for the details.

We’ll start by saying to take all of this with a grain of salt. While Google’s made it known that they were going to offer this Nexus 4 charging Orb, we’ve yet to see it actually available for purchase. Recently a pal over at Reddit spotted a Norwegian retailer claiming the release date was February.

Just before Google’s Android event where they were set to announce the Nexus 4 we saw our first pictures of the Orb, but it’s still missing in action. Then on Google’s announcement day we got a few good looks at it. Just like the Galaxy Nexus and Nexus 7 however, accessories seem to be shown off but never released. Sadly this is the reality, but hopefully that’s soon changing.

According to multiple reports these “Nexus” wireless charging orbs will finally become available for all in February. Hopefully the Nexus 4 itself will also become available too. Maybe sell them as a bundle? We’ll see. The Norwegian dealer has it priced around $115, but reports are claiming it will be priced around $59 here in the US. To be more specific this should hit the streets around February 12th if the rumors are correct. If you have a Nexus 4 or DROID DNA will you be buying one of these wireless charging orbs?