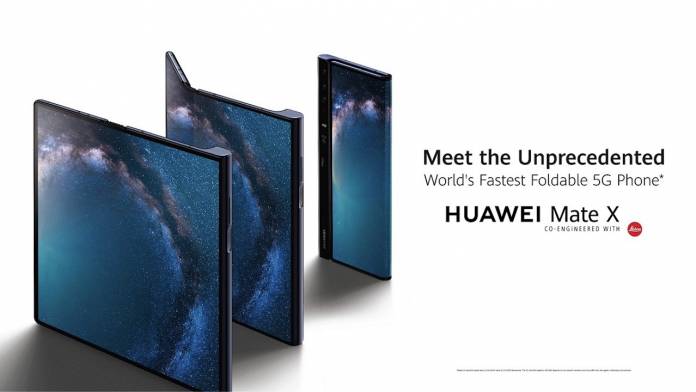 There is a new Huawei Mate X coming. We’re only waiting for the first model but we can’t stop Huawei from teasing the public. Our last mention was a couple of weeks ago with the Huawei Mate Xs and upgraded Mate X foldable phones coming to the Mobile World Congress (MWC 2020). Pre-order has begun in China but we have yet to get our eyes and hands on the first model. There’s that unboxing video that surfaced but we’re assuming it’s only a prototype. The launch may be happening soon but the Mate X may arrive with a second variant.

Rumor has it the Huawei Mate X 2 foldable phone may also arrive with a stylus with a more powerful chipset and own OS. The next model will definitely have better specs and features. We can probably expect a Kirin 980 processor and up to 8GB of RAM on the Mate Xs.

The Huawei Mate Xs is believed to have been sighted on CCC (Chinese FCC) with the Kirin 990 SoC and model number TAH-AN00m. The battery will be further improved with 20V/3.25A (65W) charging support. It’s similar to the 65W charging support also coming to the Huawei P40 phones. That is an improvement to the 55W charging of the original Huawei Mate X.

This particular development means Huawei is ready to provide faster charging to its premium flagship devices. The more powerful charging support is provided, the fast a battery can reach 100%. There is no exact information though when the next model of the Huawei Mate X will be revealed but we’re crossing our fingers a Q1 2020 rollout will happen.