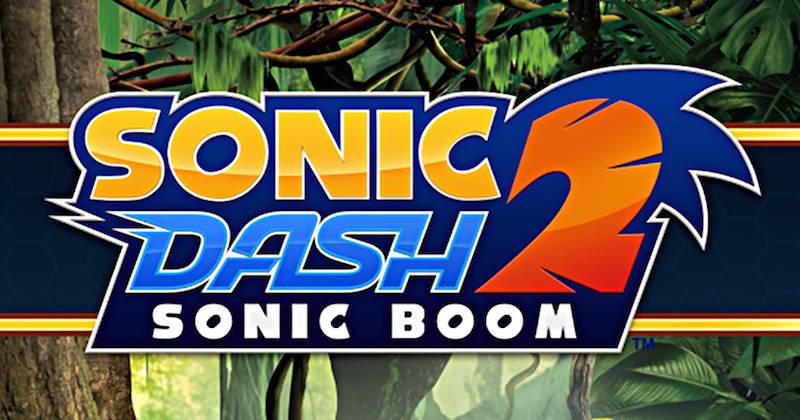 SEGA’s Sonic Runners was updated and went live worldwide just last week. Our favorite hedgehog has been busy running and dashing on several games. Sonic even partied with the Angry Birds and pigs in a Dash Crossover which is offered on a limited time. First released in November 2013, the original Sonic Dash endless runner saga is getting a sequel–the Sonic Dash 2: Sonic Boom. This game is still based on the Sonic Boom cartoon series that avid fans of Sonic the Hedgehog are all familiar with.

Sonic Dash 2: Sonic Boom also features Sticks, Amy, Knuckles, Tails. There’s a new Team Play Mode that lets you race with a maximum of three characters. This 3D racing game will still remind you of Temple Run but after playing it for some time, I can say it’s easier to control with a simple tap, click, and swipe. You can unleash special powers like a faster Dash for Sonic, Slam attach, Jump up for Knuckles and the Hammer for Amy.

Game features new obstacles you need to conquer. Tracks are now more fast-paced but you can still master the gameplay by tilting your device to swing the runner. Just collect all the rings you can see and run towards the next level. New tilt controls are included, as well as, new obstacles you have to avoid. New environments can be explored too simply by running through. each level.

Game is free to download from SEGA but it offers in-app purchases. Releases are not simultaneous so just check if it’s already available in your region.