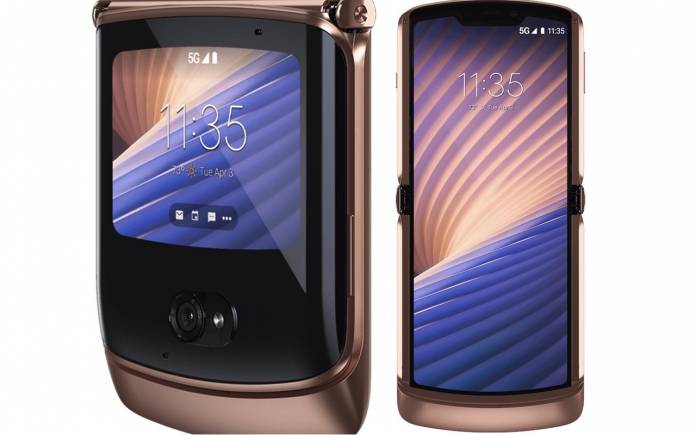 The Motorola RAZR 5G is in the works. We know that for sure and it’s only a matter of time before the Lenovo-owned company makes the official announcement. Several image renders and animation have surfaced on the web already. We mentioned the possibility of a September 9 announcement so we’ll anticipate the phone tomorrow. It will be one refined smartphone but will look very similar to the first-gen Motorola RAZR foldable phone. Master Leakster Evan Blass has shared a series of tweets containing photos and details about the upcoming Android phone.

First, the phone is said to be available in Blush Gold for T-Mobile. There will also be an AT&T version as shown in one image with parts of the phone included. We see a spacious multitouch display, power/lock button on the left, volume buttons on the right.

The notification bar is on the top left. There is a speaker in the top center beside the 20MP front-facing camera.  At the rear, there is the flash plus a 48MP rear-facing camera and Quick View display (when folded). A fingerprint sensor is once again embedded on the Motorola logo on the rear. A USB-C port is placed at the bottom.

The Blush Gold version looks nice. It reminds us of Samsung’s new Mystic Bronze signature color. Blass noticed the screens with black borders as they make the image pop. 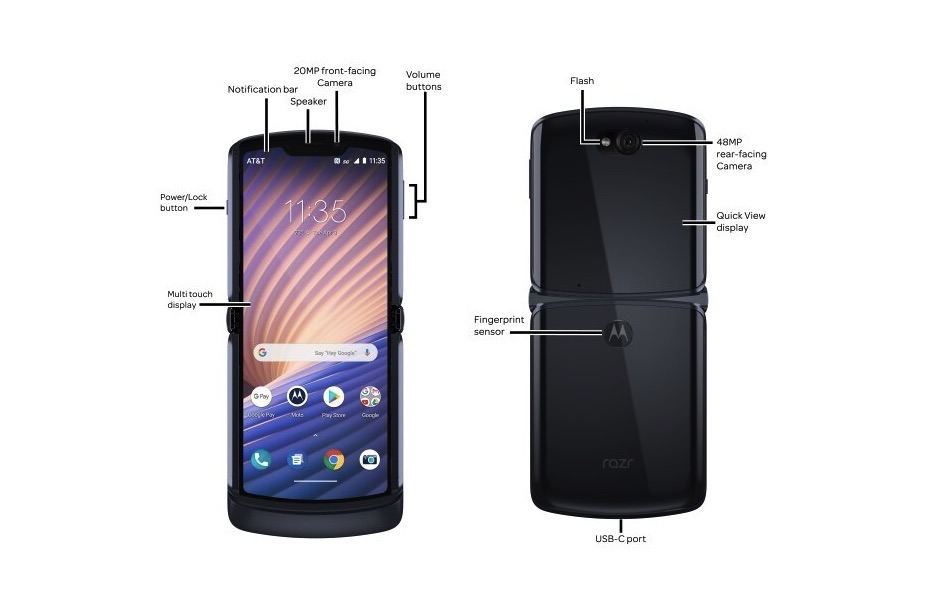 T-Mobile is also releasing the smartphone in the United States. There is no official confirmation yet but Blass has always been a reliable source. The new foldable phone will run on a 2800mAh battery with Snapdragon 765G processor. The display will be 6.2-inches.

This new Moto RAZR will come with 5G support. We’re also looking at a $1,499.99 price range because of the 5G and some upgrades. This will obviously rival the Samsung Galaxy Z Flip 5G because of their similar clamshell form factor and now, the 5G connectivity. We’ll see if the new Moto RAZR 5G will be more robust compared to the 1st-gen version. Cross your fingers.