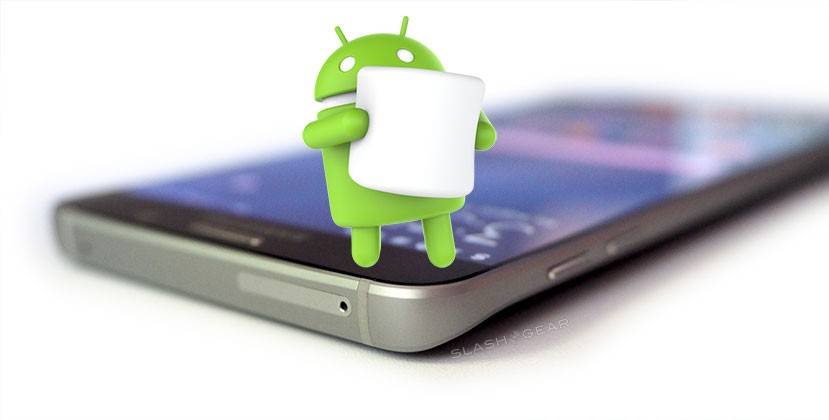 As with most Android users and fans, owners of Samsung devices are eagerly awaiting when their smartphones and tablets will be upgraded to the latest Google major update, the Marshmallow 6.0. Just a few days ago, someone was able to get hold of what is supposedly the latest update roadmap from the OEM, but now a newer version has been leaked, and there are a few changes, including the schedule of the Galaxy S6 edge+ and the fact that two of the older models won’t be getting an update.

The earliest device that will be getting an update, as per the leaked information, is the Galaxy Note 5, which is set to receive it anytime now, as the system dump and Marshmallow-ed TouchWiz are already being passed around. However, the Galaxy S6 edge+, which was supposed to be upgraded by December, has now been moved to January of 2016, together with the Galaxy S6 and S6 edge. Just like with the previous roadmap, the Note 4 and Note Edge will receive their Marshmallow by February.

The older flagship, the Galaxy S5 has now been confirmed and will be receiving the update by April while the Galaxy A8 will get it a month earlier, by March. Almost all of the A, E, and J series, save for the Galaxy J1, are now on queue for the next phase of the Marshmallow rollout.

What will not be joining that list however, are the Galaxy Note 3 and the flagship from two years ago, the Galaxy S4. So if you’re an owner of any of those two devices and you really want to get Marshmallowed, you might consider just getting a new device. Of course all of these aren’t confirmed yet, and so we wait for the official word from Samsung. 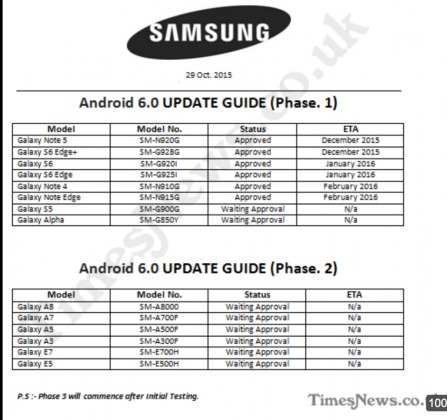 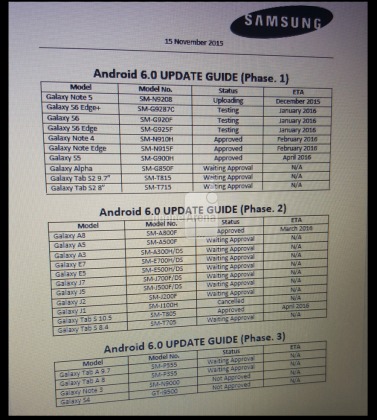