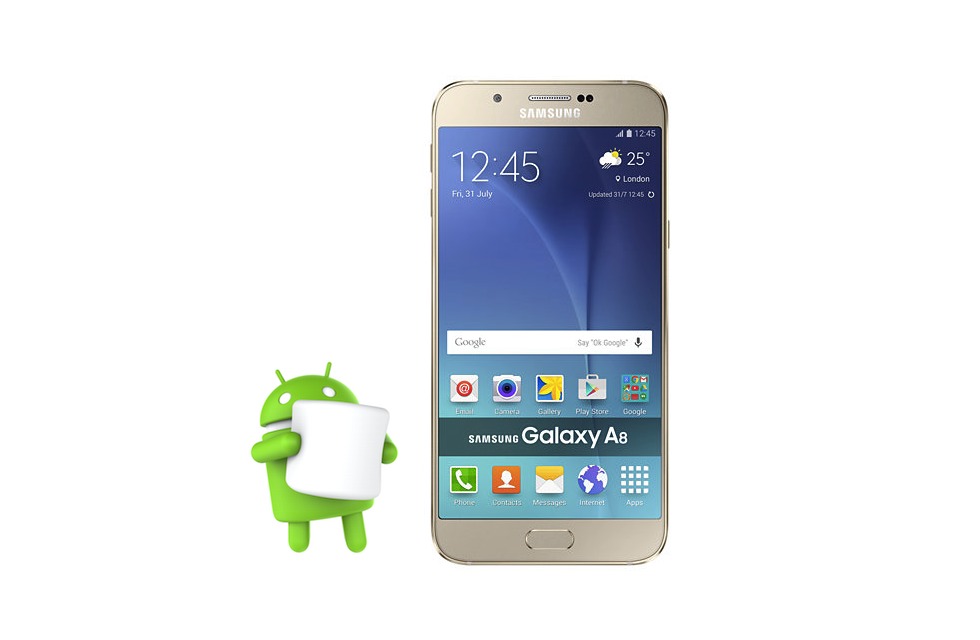 The newest version of the Android platform– the Android 6.0 Marshmallow–was introduced to the world earlier than expected. We speculated what the new sweet dessert ‘M’ would be and it turned out to be the fluffy Marshmallow. The mobile OS is slowly rolling out after the latest Nexus phones were launched by Google. Following the Nexus 6P and the Nexus 5X, several companies have also announced when they will be rolling out Android 6.0 to  their devices in different markets.

Mobile carriers are also making their announcements so we know that the “flufiness” is out there. One of the top brands expected to push this important update to its products is Samsung because it’s the top Android device maker today. Its numbers may be declining but the South Korean giant still has captured a large percentage of the mobile market not only in the US but in major regions.

Unfortunately, Samsung has not made any formal announcement regarding the update. The likes of HTC, Huawei, Sony, and Motorola have been very eager with the updates. As for Samsung, we have yet to hear from the company but here is an exclusive information shared by Times News.

Check out the Samsung Galaxy Android Marshmallow update schedule below: 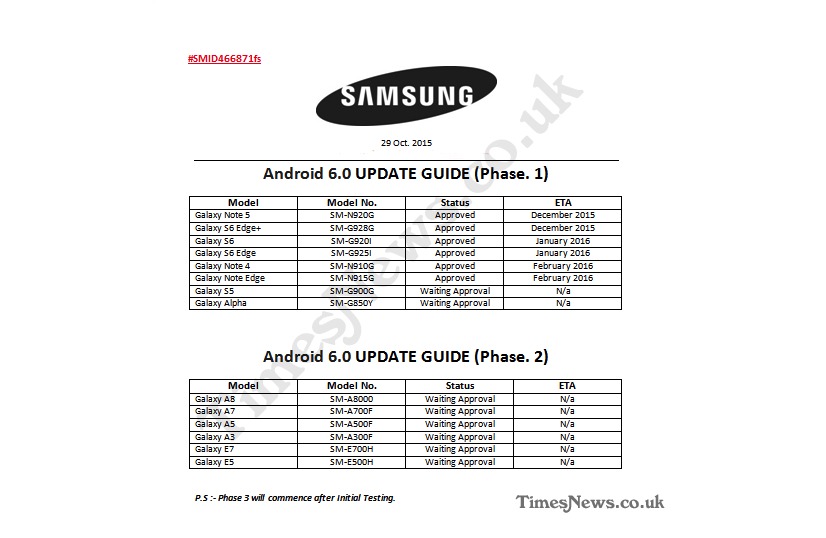 According to Times News, Samsung will push the updates in two phases. During Phase 1, the following Galaxy Devices will receive the Marshmallow update: Samsung Galaxy Note 5, S6 Edge+, S6, S6 Edge, Note 4, Note Edge, S5, and Galaxy Alpha. The last two models are still waiting for approval while the rest have already been approved. Updates will be released anytime between December 2015 to February 2016.

During Phase 2, the lower specced Samsung Galaxy devices will get a taste of Android 6.0 Marshmallow: Samsung Galaxy A8, A7, A5, A4, E7, and E5. All updates are still waiting for approval so no information on release date yet.

This roadmap doesn’t include Phase 3 but initial testing is expected to begin soon. Let’s wait for the official announcement from Samsung. It’s happening very soon. Just. You. Wait.