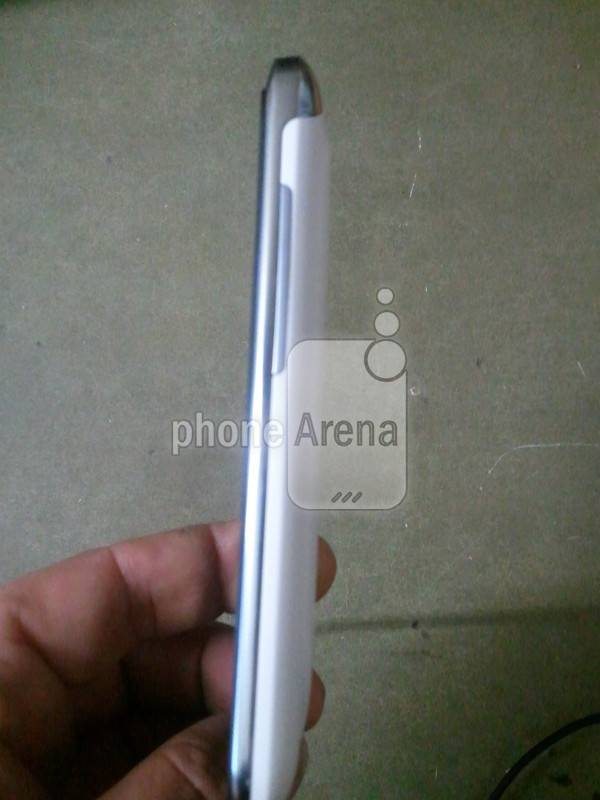 Exiting news for the HTC crowd this morning: yet another phone has leaked its way out of the HTC headquarters. But this one is neither the often-spotted Ville or the drool-worthy Edge: it’s a currently nameless slate running Ice Cream Sandwich and looking awfully familiar. Get a load of that asymmetrical battery cover – that styling has unmistakable echoes of the HTC Incredible and Incredible 2. The phone in question may or may not be the Incredible 3, but it’s certainly real, and looks finished enough that it should show up in a more official capacity sometime in the next few months. Thanks to Phone Arena for the leaked photos.

As far as hardware goes, this one’s looking to fall on the top end of mid-range, with a 1.2 Ghz deal-core Snapdragon processor, 1GB of RAM and an 8-megapixel camera. There’s no mention of screen size, but as an educated guess I’d say it’s between 4.0 and 4.3 inches. The good news is that it’s AMOLED, so it looks like those panel shortages have finally ended. The side-loaded USB port mirrors previous Incredible models, and the phone sports an LTE radio.

Take a gander at the software running on the screen: yup, that’s Sense 4.0 running on top of Ice Cream Sandwich. Barring some device-specific modification on HTC’s part, that might mean that the previous video of the Ville was running a very early build, as the interface seems noticeably different on the mystery device. It seems like HTC has decided against Ice Cream Sandwich’s on-screen navigation buttons for all of its new phones, as this one sticks with the tried and true capacitive buttons.

So, when will we see this device? HTC’s docket for Mobile World Congress is looking pretty full, and since this is the first we’ve heard of this phone, it could be a while before an official unveiling is scheduled. Early to mid summer would be a pretty good bet.