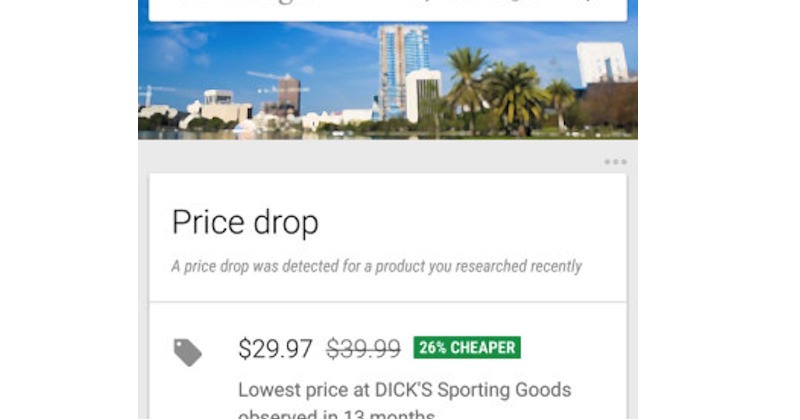 After those 70 new Now cards from our favorite Android apps being added by Google, the company is believed to be adding more. There won’t be a stop to it and the Now card trend is just booming. More will be added soon as app developers are allowed to make Now cards for their apps. One of those data that have yet to take flight in Google Now is a Now card of the items you’ve recently searched going on sale. Now cards of products will soon show up once they go on sale or are offered for a discount.

Aside from those Now cards on Google app, interactive cards to YouTube Creator, the 70 new Now cards, and airport cards, expect to see information about the stuff that you’ve been wanting to buy. 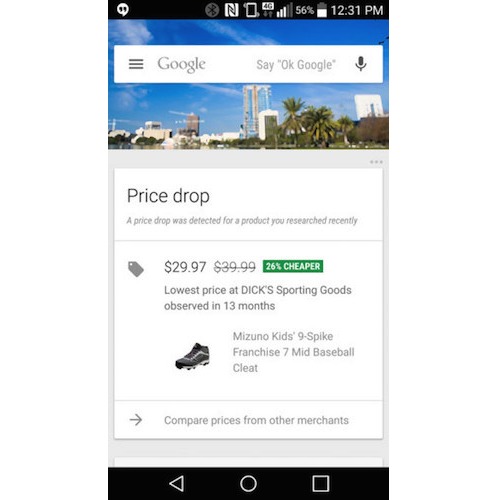 This is somewhat similar to the flight price tracking card added last year. Based on one’s search history, Google will show an item a few times as a suggestion. If there’s a price drop, Google will let you know. You see, Google knows everything.

This Now card is interesting but we want to know how Google will be able to distinguish searches. Searching for a product to learn more about it and read reviews is different from searching where to buy it. Of course, we’ll never know how Google will do it but definitely there’s an algorithm for this.