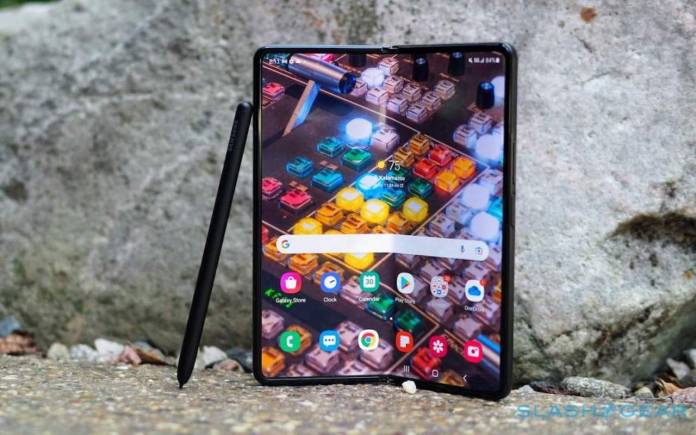 The Samsung Galaxy Z Fold3 is no doubt the most durable foldable Galaxy Fold model. That is expected since this is the third year Samsung has commercially released a device with flexible display. We have yet to do a comprehensive review of the phone but we believe it is better compared to the previous two. Samsung wouldn’t even decide on adding S-Pen support if it is not that durable. The phone did pass Zach Nelson’s durability test. With the IPX8 rating, the screen isn’t damage even with the dust and sand.

The bend test revealed the phone is stronger. For $1,800, the device can be considered strong and durable but of course, it depends on who is using the smartphone.

To test Samsung’s claims that it is the most durable foldable, Allstate Protection Plans has tested the phone. To recap, the Armor Aluminum frame has been made to protect the hinge. It works “like a suit of armor. The large main display comes with an additional panel layer plus a new protective film. The film is said to be more durable by 80% compared to its predecessor.

As described, the Samsung Galaxy Z Fold 3 is the first foldable smartphone with an IPX8 water-resistance rating. People are really curious if it is less breakable.

With an initial drop test from a height of six feet, the Galaxy Z Fold 3 only showed minor pixel damage and minor frame/corner scuffing. Drop Test 2 with the outer screen down resulted to shattered, raised, and loose glass.

Dropping the phone under five feet of water didn’t do any damage even after 30 minutes. So yes, the Samsung Galaxy Z Fold 3 is indeed the tech giant’s most durable foldable phone yet.

If you plan on repairing the phone, do so with care especially during opening. Despite the high price tag of $1,799, repair for the main display and external screen will still cost you $479 and $149.